One of the most famous or infamous pieces of evidence of proof for extra-terrestrial contact her on planet earth is a video that has been parodied, co 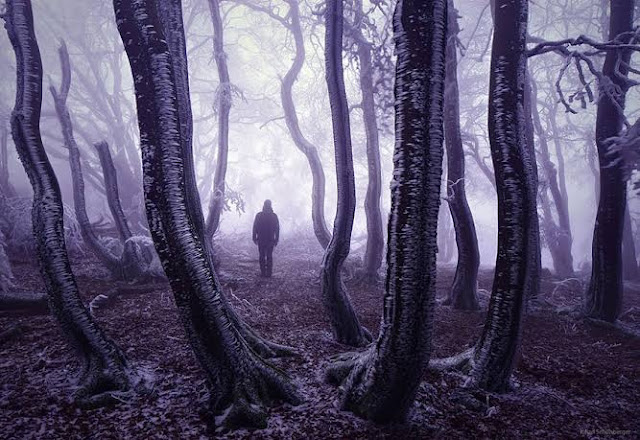 One of the most famous or infamous pieces of evidence of proof for extra-terrestrial contact her on planet earth is a video that has been parodied, copied recreated made into a movie, and had countless books penned in its honor, it has become so prevalent that even as a piece of UFO evidence it has managed to pass into mainstream popular culture. When most think of an alien they think of this poor little guy being dissected for science.
I am obviously talking about the world-famous alien autopsy video. This is a video that many have said is a hoax but in yet another twist to the ever-growing history of the video now the Central Intelligence agency (CIA) and its scientist say they believe the alien autopsy footage was real.
The grainy film footage first took the world by storm back in 1992 it was released globally in 33 different countries by British entrepreneur Ray Santilli. The businessman claimed that he had come to upon this video in 1992 after a retired US military cameraman had sold it to him when he was searching for archive footage of Elvis Presley.

He said that he was traveling across the United States when he was lucky enough to discover the video. Santilli went on to sell the found footage to TV stations all over the world, cashing in on the popularity of the “Alien Autopsy” filmmaker Spyros Melaris told his story. He debunked the video claiming to have been part of the team who had created the fake footage by using a big brain and animal organs and a re-created operating room in a London apartment.
He said he was surprised just how easy it was to make a video that managed to trick the entire planet for ten plus years. That brings us to today and a new twist to the tale, a CIA scientist said that he was briefed on the video and that the video of a fake alien autopsy was genuine footage.
The leaked memo makes the claim that a CIA scientist named Kit Green was “briefed three different times during and after his tenure at CIA on topics relevant to UFOs and the Roswell Incident Alien Autopsy”. Roswell is probably the most famous incident in the entire field of ufology, and many have claimed to have proof of the event and adding to the ever-growing history of the extraterrestrial crash.
In 2001, a document surfaced that blow the minds of UFO enthusiasts and those who staunchly believe that the footage shows a humanoid-type alien after the Roswell crash in 1947. This is when a name that will be familiar to those that study UFOs enter the picture aerospace billionaire Robert Bigelow claims that he has managed to obtain evidence that proves that the video was real and investigated by the CIA.
Bigelow claims he received the information from one of his physicists a man called Eric Davis. The document alleges that a CIA scientist named Kit Green was “briefed three different times during and after his tenure at CIA on topics relevant to UFOs and the Roswell Incident Alien Autopsy”.
The memo is believed to have been circulated from the archives of late astronaut Edgar Mitchell that states, “After Kit left the CIA he was called into the Pentagon by a person in uniform. This person showed Kit the alien autopsy photos and reports etc. The photos of the alien cadaver Kit saw were consistent with the cadaver seen in the 1995 Santilli film/video.” The paper then goes on to state, “Kit was asked to professionally evaluate the material provided to him at this particular briefing.”
Green it is claimed then went on to give a professional evaluation of the footage in January of 2001 and his report concluded with the following sentences -
“The Alien Autopsy film/video is real, the alien cadaver is real, and the cadaver seen in the film/video is the same as the photos Kit saw at the 1987/88Pentagon briefing."
Green also reveals that forensic tissue and organs had been harvested and that they were stored at Walter Reed-Armed Forces Institute for Pathology Medical Museum in Washington DC.
When questioned as to why there was so much debunking of the Santilli video when it first hit the airways, Green said, “The PR folks around Santilli are indeed not operating with a full set of dishes, are a little dense and not very nice to boot."
Also, we understand that for decades there has been a program of denial disinformation, and perversion of the truth when talking about all things extra-terrestrial and Government. The finding of the documents by Bigelow haste Kindle's interest and debate in the video. Top UFO researchers are now publicly backing the film, including some famous names such as Linda Moulton Howe, Richard Dolan, and GrantCameron. Linda Howe a very well-known figure in the ufo community said - “Those words from Dr. Kit Green about the authenticity of the six-fingered,six-toed human dissected after retrieval from a 1947 UFO crash, it is confirmation that the Santilli film video is real. It is important."
British investigator, Philip Mantle studied the clip extensively for over 14-years, he believes that the memo is possibly real. He stated, “What amazed me is that I am personally mentioned in this 11-page document. It just goes to show that just when you think you’ve seen it all then something will crop up to prove otherwise. What has sent some UFO researchers into a tailspin is the comments from Kit Green in this 11-page memo.
Dr. Kit Green is best known in ufology for his work as a Senior Division Analyst for neurosciences at the CIA and his interest in UFOs. Green states that he had previously seen an authentic alien autopsy (some years before the Santilli film was released) and that it was the same as the alien autopsy film released by Ray Santilli in 1995.
People are still claiming it to be fake and say Those who have now jumped on the alien autopsy gravy train are "Grant Cameron, Richard Dolan, and Linda Moulton Howe.” This shows that even though the technology used was probably not as advanced as it is now, it still did manage to fox a CIA scientist entrusted with providing a professional evaluation.
What do you think, is the video the real deal or do you believe it to be fake? Let me know what you think in the comments below.