Top 5 Most Haunted places in India

Today, we would unveil 5 more of the most haunted places in India. Read this till the very end because you never know you might be not so far away .. 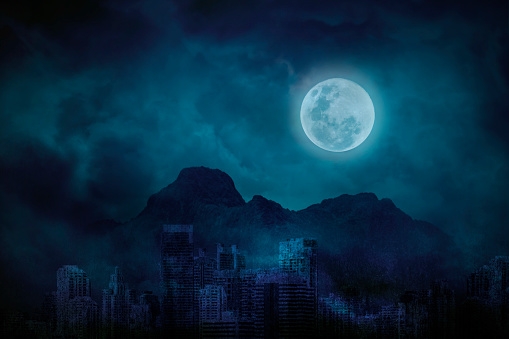 Most Haunted places in India

Today, we would unveil 5 more of the most haunted places in India. Read this till the very end because you never know you might be not so far away from one of these places.

The city of Meerut in Uttar Pradesh is famous for its food culture but there is a place here known as the haunted bungalow. It's believed that in the pre-independence era a British officer named Dsouza had died at this place. Three years post-independence in 1950 people often starting spotting the officer's ghost here.
Even the security guards appointed by the Indian military believe that this place is haunted. In the past few years, people have noticed women dressed in a white saree wandering on the roof of the house. While some people have seen a woman clad in red, moving in and out of the house. Due to the spooky stories surrounding this abandoned place people have started keeping a distance from this creepy house.

Situated on the st' marks road at Bengaluru is the Terra Vera bungalow this property was built in 1943, by the then famous advocate of the Bombay high court Mr.e j Vaz. He inherited this bungalow from his two daughters dolce and Vera both the daughters remained spinsters their entire life and stayed together till old age midnight in 2002. Vera heard her sister scream in agony and found that an unknown youngster was running away after stabbing dolce in her bedroom. Dolce had died before help arrived since then people have heard that same scream from this house.
After her sister's demise, Vera left this house and left behind all her expensive belongings including a rare vintage car many people have tried to debunk the mystery behind this scream by trying to click some pictures of the inside of this house but due to unknown reasons the pictures clicked inside somehow become corrupted files after moving out of the house also, phone and cameras come out with a dead battery the reason behind which is still unknown.

This place is a cemetery for the people from the Parsi or Zoroastrian community this place is called Dakhma. This is a circular building with three concentric circular surfaces the outer circle belongs to dead bodies of men the middle one for women, and the innermost for dead bodies of young children there lies a well at the center of these circles for the bleached bones to be collected.
The dead bodies of the people of the Parsi community are left alone in this building to be consumed by scavenging birds like vultures this procedure might take a year to be completed. Some people complain about the feeling of doom near this building despite being at the center of the city there is an eerie silence surrounding this place don't know what lies behind this silence the creepy stories surrounding this place or something else.

located near a small village in south Goa is a church that is believed to be the most haunted place in Goa. Two popular stories are surrounding this place. The first story mentions that this place was named after three scholar kings, who at the time of the birth of Jesus Christ had visited Bethlehem. The second story says that the church was named after the three Portuguese kings who once ruled here.
It is said that to establish his own rule and to take over the place one of the greedy king killed. For the other two kings, the news of this betrayal spread like fire and the ministers along with the people called mutiny against the treacherous king. The king could not handle this and committed suicide by consuming poison. Since that day, people have experienced some creepy events near this place and it is believed that it is haunted by the spirit of the dead king which still wanders around at night.

The construction of this place was undertaken in late 1800 by British engineer Colonel Barog who, to speed up the work ordered his crew to bore the tunnel according to his calculations with a vision that both the tunnels would meet each other to become a single tunnel. But due to some heavy miscalculations by colonel Barog the two ends never came together and the construction came to a halt. This event depressed the officer to a great extent and just then the British government imposed heavy fines on him. The colonel could not handle this pressure and shot himself to death the tunnel construction was completed in the year 1903 and today it lies on the Kalka - Shimla railway route and has achieved world heritage status from UNESCO even today, people have heard the scream of the colonel Barog in this mile-long tunnel, and it is believed that this place is haunted by his spirit.