Best 5 | Most Haunted places in India

We are going to raise the curtains from the top 5 most haunted places in India one by one. 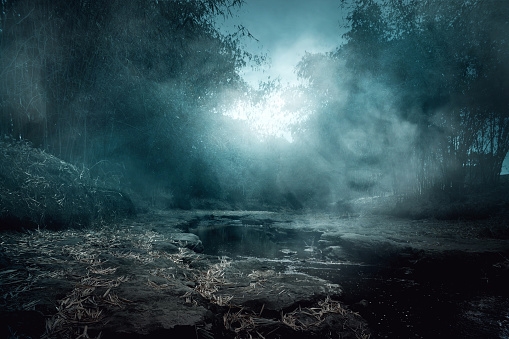 Most Haunted places  in India

We are going to raise the curtains from the top 5 most haunted places in India one by one.

Just 2 km away from "The India gate" located in the capital of India, New Delhi is situated Agrasen Ki Baoli. The word "Baoli” means a stepwell it is believed that this baoli was built during the Mahabharata era, which means at around 3124 B.C, by king agrasen. Today, this place is protected by the archaeological survey of India, and visiting this place will not cost you even a single rupees but still, this place lacks tourists or visitors. The main reasons behind this are the disturbing stories surrounding this baoli.
It is said that decades ago, this baoli's water used to be black in color, and this black water used to hypnotize the tourists and compel them to commit suicide by drowning themselves in it. This resulted in many people losing their lives in the baoli and their spirits are said to have stayed back. Today, the tourists visiting this place are said to be spooked by the echoing sound of their own footsteps down this step well and often experience being followed by someone.
D'Souza Chawl, Mumbai
In the Mahim area of Mumbai is situated one among its thousands of Chawls, d'souza Chawl. A three-floored structure which consists of many small apartments, where reside countless huge families. This is what the chawl looks like.
Decades ago, the residents of this chawl hand-dug water well right in the middle of this chawl to get rid of the daily water problems. This took care of their daily water needs but one night, a lady fell in the well while getting water and started screaming for help but till the help arrived she was dead by drowning in the well. Later, the well was filled up with sand but the spirit of that woman stayed back. Even today, some people have said that during the night they have heard that women cry for help.

This hotel was built in the year 1902 and its grand stature invited many reputed British guests to stay here regularly. One morning in 1911, a renowned British spiritualist lady francs Garnett Orme was found dead in her hotel room. The autopsy reported suggested that she had died due to ingesting cyanide-based poison.
The police suspected that she could have been killed by her female friend, who had stayed with her in the same room on the night of the murder who was later released by the court due to a lack of evidence. A strange incident happened when lady ormes doctor was also found murdered in the same hotel just months after her murder due to the same kind of poison and yet again the killer had left no evidence behind. Since that day the hotel staff started hearing lady ormes voice and could hear her scream in the hotel corridors. The famous author Agatha Christie's first novel "The mysterious affair at styles" is based on the same incident.

The national library of India was built by Syed Mir Jafar Ali Khan Bahadur who, in the year 1760, offered it to the first governor-general of the British East India Company, Warren Hastings which later became his residence. It is believed that during that time warren Hastings was accused by the House of Commons of some serious allegations and Hastings spent his entire life looking for a set of papers that could have proved him innocent.
It is believed that those papers were stored in a black bureau which Hastings was unable to find his entire life. It is believed that the spirit of warren Hastings can be seen roaming in the corridors of the library but it doesn't hurt anybody and is believed to be still searching for the bureau. In 2010, a completely enclosed room was found on the ground floor of this 250 years old building. This room is void of any entry or exit points. What dark secrets are hidden inside this room and how did it go unnoticed for the past 250 years without anyone coming across it is still a big mystery.

This mill was built during the 1870s by Mr.Muljibhai Madhavani and this used to be the only textile mill located on the shores of south Mumbai. An unknown fire in 1982 caused this mill to be closed down forever. A few years later, the ruins of this mill were spotted by Bollywood and it started being used as a shooting set for films but during one such film project the lead actress became possessed and she warned the entire crew to vacate the place immediately.
In another incident, a 10 years old girl was possessed by a spirit and started crawling creepily on the sets. Due to such incidents no director or producer wants to use this place for their film sets. Today, even after being abandoned for years the security guards can hear music from inside the mill walls. This place is believed to be one of the most haunted places in Mumbai.
***