These magical holes in the ground weren't always in clover for. In some of these wells were sent to lurk a kind of monster called the Broadman, aka, . 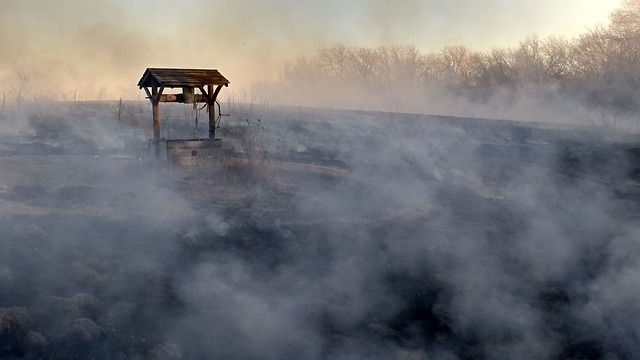 Imagine you're walking through the forest in autumn. The leaves have changed color and are starting to fall you're only a few minutes away from the nearest rotor house, you're just far enough off that the only noise you can hear.
It's the sound of leaves scattering in the wind, that's when you see it a Wishing well the stone structure tunneling down into the earth dating back. Who knows how many years as you peer over the stonework and down. In the hole, you see a small glint at the end of the darkness not the shimmering surface of the water but of precious metals coins.
This isn't any ordinary well for gathering water what we have here is a wishing well a magical structure that has existed in folklore for centuries. We're going to take a look at the history and folklore behind wishing wells.

First off let's take a look at just what a wish really is?

It's a hope a desire a prayer but in fiction. Today we see the ideas used more as a plot device a wish is presented as a sort of proverbial coupon that the wisher redeems for anything of their choosing. But how did this concept of wishes come to be? Life wasn't easy in the old days it was common for people to believe that the actions of the world around them were caused by supernatural beings both good and bad.
Now restricted to any specific religion or region various gods and spirits and other higher beings were often believed to intervene in people's lives. In turn, it was thought that one could appeal to these spirits for help and maybe even give them special requests. It was believed that smoke floating up into the sky was a way of transmitting one's prayers to the gods above thus it became a tradition to express your wishes before extinguishing the flame. This is of course where we get the practice of making a wish before blowing out birthday candles.
Similarly, shooting stars were seen as an indication that the gods were watching over you at that particular moment. Therefore making a wish right after spotting one in the sky was a common way to make sure your prayers were heard. Okay but if the gods live in the sky like these methods suggest then what's the deal with wishing wells.
You see in ancient times freshwater was sometimes seen as pure and even divine a gift from the heavens required for sustaining not only yourself but the whole community. Allowing for settlements and farmlands to thrive around sources of fresh water.
So because of this, some believe that angels or other divine spirits resided in the water itself. This led to the practice of tossing valuables such as coins into the water either to make a wish or just as a way of saying thanks to the spirits. Some believe however that this tradition may have something to do with Mamiya's well from Norse mythology. Also called the well of wisdom this magical well could grant anybody wisdom in exchange for an equal sacrifice. It was said that Bowden himself sacrificed his own right eye into the well and exchanged knowledge of all things. 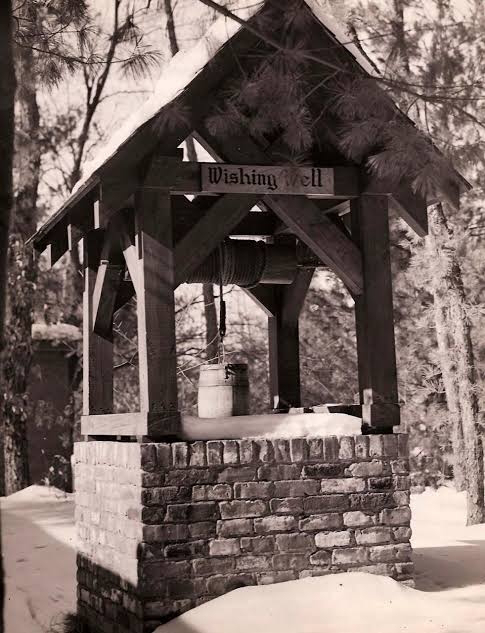 These magical holes in the ground weren't always in clover for. In some of these wells were sent to lurk a kind of monster called the Broadman, aka, the good man. Found predominantly in danish folklore the good man is a special kind of monster sent to reside in the bottoms of wells using their oily black skin to blend in with the darkness.
The only hint of their presence being their piercing red glowing eyes. It's said to wait in silence for people or animals to visit the well to gather water before dragging them in with its unnaturally long arms and drowning them. But it gets worse as the good man gains ownership over the spirits of those who have died in the well and these spirits are commanded to go out and spread disease among nearby homes and towns. Done like most malevolent spirits. The Broadman could not simply be driven away using prayers or blessings.
There was only one way to get rid of the good man's money throwing valuable coins into the well was not only said to buy back the souls of those the good man had killed but eventually bribe him into leaving. The good man would then seek out another well somewhere else and the cycle would repeat itself.
Folklore aside there's actually some grains of truth behind this. Imagine one day everyone you know started getting sick the only connection between them what's the water that they drank from. There really was something insidious lurking in the water but it wasn't any monster or ghost. It was germs back in medieval times it was not uncommon for drinking water to become contaminated by pathogens like bacteria or mold, especially before the concept of sanitation was introduced. What could people have done before the invention of soaps and disinfectants? it turns out many may have been saved by something called the oligodynamic effect.
Basically, it's the process of how ions of certain metals are toxic to various microorganisms. Although they never really knew how why throwing coins into their wells actually made the water safer to drink by reducing the number of germs floating around in it. When it was so common for people to quickly die off from unexplained illnesses simply wishing for good health and bribing the local spirits actually turned out to be the smartest route.