The legend of the hookman goes a little something like this - One night a teenage couple decides to drive a bit out of town to get some alone time ... 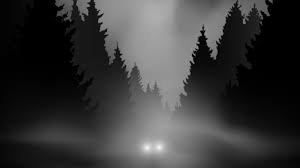 Maybe it was a story you were told around the campfire, one summer night or something you heard at school or work that just didn't quite sit well with you something about. The story they said it got under your skin and you hate to admit it but it made you uneasy or maybe even afraid.
Scary stories are nothing new people have been telling them to each other since the dawn of storytelling but recent decades have given these twists in the form of urban legends. Stories that can hit close to home that most people can relate to despite the inclusions of boogeyman or other impossible things.
The stories feel familiar by also containing normal and familiar elements they can make you start to worry about them really happening to you or people you know. We take a look at a very particular urban legend that will make you think twice about visiting lovers' lane late at night.

The legend of the hookman goes a little something like this - One night a teenage couple decides to drive a bit out of town to get some alone time together. They arrive at lovers' lane a secluded area where teenagers are known to fool around together. It's late the moonlight overhead and the wind rustling through the trees provide a very spooky atmosphere. The girl here's a light scraping sound on the outside of the car the boyfriend assures her it's just the branches of nearby trees. Turns on the radio hoping some music will culminate and hopes.
The couple enjoys a few minutes of making out when suddenly the music stops and an emergency news bulletin comes on. Warning that a serial killer recently escaped from a nearby institution not too far a secluded lovers lane. The woman goes on to describe the man as missing his right hand instead of having a large book in its price. Anyone who spots this man should call the police immediately because he is known to be very dangerous.
Now even the boyfriend was starting to feel a little scared. While reluctant to end their night together so soon the boyfriend drives back into town to bring his date home. Once they reach their destination the girl gets out it makes a terrifying discovery there on the car door handle clung a large hook. The kind of hook someone would wear in place of a hand and it wasn't just placed where it had been ganked off of the escapee as they were driving away. 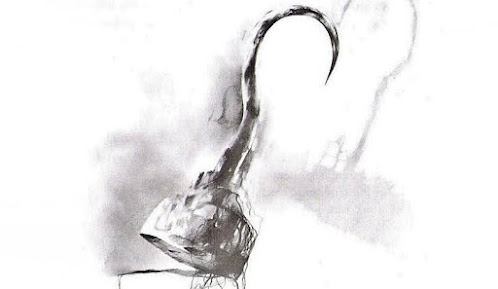 Now knowing the true source of the scraping noise heard earlier the couple is left in shock at the thought of what might have happened to them if they had stayed in the woods even a few minutes long. There are many variations of this legend usually with either the boyfriend or the girlfriend or both ending up hurt or dead by the end. Spooks aside why has the story become so ingrained and retold over the decades!
Many folklorists and experts have looked into this question and concluded the story serves as a cautionary tale against premarital sex in teenagers. The teens showed up without any worry initially unaware of the dangers lurking nearby. The bulletin on the radio serves as a voice of reason urging them to stop what they're doing and leave. Rather than just avoiding a grisly demise the story symbolizes an avoidance of premarital sex and the consequences that could follow such as unwanted pregnancy or STDs. These dangers are personified by the hook man himself.
Today there's an almost universal quality to the story appearing across media in various forms to retell the story in different ways especially in the horror genre. The titular candy man plays on many different urban legends in this film and of course sports an iconic hook hand as his weapon of choice.
In "I know what you did last summer" the hook-carrying villain takes it a step further by being a proverbial bringer of justice against irresponsible teenagers. But nowhere is this trope more seen than in the famed slasher series Halloween and Friday the 13th these films have made clear that teens will pay a price for going off into the woods to make out. With only the responsible ones being those who survive to the end.
So of course with all the different adaptations it has to just be a made-up story meant to scare teenagers right? unfortunately not quite.
In the spring of 1946 something grim befell the town of Texarkana. Over the course of ten weeks, eight people were attacked five of which did not survive. The attacker in question was never caught he went on to be called the phantom killer and most of his victims happen to be young couples on the outskirts of town late at night. Unlike the hook man, the phantom killer didn't have a hook or anything like that. In fact, he used a 32 caliber firearm to carry out his murders.
The 1976 film The town that dreaded sundown was very loosely based on these events. While it can't be proven folklorists traced the origin of the hook man legend to around the early 1950s. Not long after these murders but long enough for the story to have been retold and distorted. It's not unreasonable to imagine people using gruesome events to dissuade their local teens from going out late at night.
In the end, the hook man urban legend is just a story that has been passed from person to person and it doesn't seem to be going away anytime soon.
***