The force of nuclear fusion isn't strong enough to withstand the force of gravity hence the star collapses into itself. The death of a star can lead.. What is a black hole?

Today we're going to be discussing black holes. Stephen Hawking said in his book brief answers to big questions it is said that

So today we're going to have a deeper look at what black holes are by understanding their structures and effects on the universe.

1. How a Black Hole forms

What's happens when a star dies ?

How exactly does that work? how does it start turn into a black hole ?

Here's a common analogy, if you have a cannonball and you shoot it straight up to the sky eventually it's gonna come back downright, if you shoot it faster with more power it's gonna take longer to come back down. Until eventually you shoot the cannonball fast enough that it escapes the earth's gravitational pull and never comes back down. A star of over 25 solar masses dies while it's collapsing into itself its gravitational pull increases and it keeps increasing to the point where nothing can escape the gravitational pull not even light. If you were inside a black hole and a photon is your cannonball and you were to flash a light upwards outside of the black hole it would just simply fall back.
Black holes are points in space with infinite densities with the gravitational pull so strong that nothing can escape not even light.

What does that mean ?

What happens when we throw something into a Black Hole? 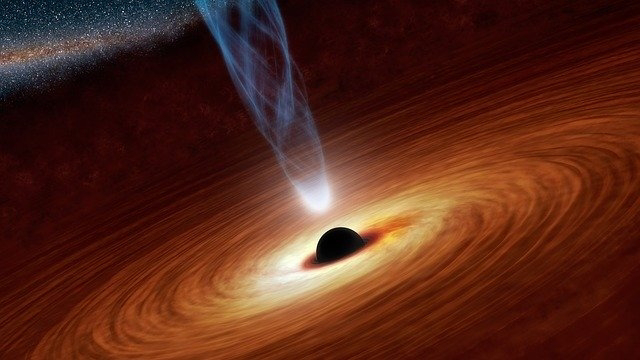 let's see when you burn a book the information of the book doesn't disappear it just turns into ashes but the information is still there. The universe likes its information it doesn't like to create new information and it doesn't like to destroy existing information. But again what if you throw that book into a black hole?
In the 1970s Stephen Hawking discovered that black holes aren't actually entirely black, they actually emit radiation known as hawking radiation. He showed that black holes can evaporate that their masses can be turned into energy and that energy can leak out of the black hole. If the information didn't leak out with hawking radiation and the black hole goes away then what happens to the information! this is known as the information paradox and is yet to be solved.
What's interesting is that scientists have a pretty clear idea of what would happen if you were to fall into a black hole! What happens is that the gravitational pull at your feet would be so much greater than at your head that you will literally stretch and form a spaghetti in a process known as spaghettification. Black holes are still one of the universe's biggest and most fascinating mysteries so I'm here to tell you to stay curious.
If you have any questions leave them in the comments below.
***