I Believe that there are only a few people among you who haven't read the book or seen the movie, Sleepy Hollow Or at least heard of the Headless Hors 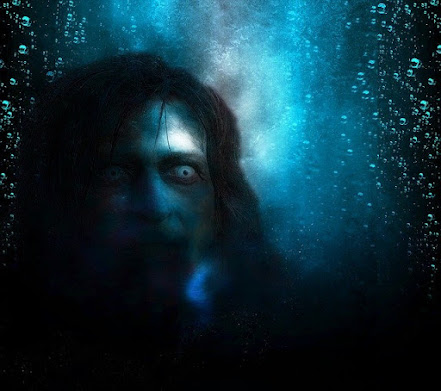 I Believe that there are only a few people among you who haven't read the book or seen the movie, Sleepy Hollow Or at least heard of the Headless Horseman. It is a popular story and spread widely. But what if I tell you that in Croatia, the headless apparition isn't just a story to tell in the gloomy Nights. What if I tell you that the headless ghost sightings are real? There isn't in fact only a single headless ghost but a whole Legion of them and the story doesn't end there. We will get to that later on. Now, let's go to the beginning.

The first question that popped into my mind while I was researching this phenomena was why are they headless?

Unfortunately, everyone I asked didn't know the answer But one lady who wants to remain unknown had an assumption and I found it interesting enough to include it into this.
In the old days, when superstition had a completely different level than today. People went a bit further when it comes to protection from evil forces. This is where we come to Vampires. Back in the day if one was suspected of being a vampire. People wouldn't hold back with the desecration of a corpse.
It was believed, as it is widely spread that vampires couldn't die Instead, they crawled out of the graves and attacked innocent people. To prevent that People would often chop off the heads of a deceased who was suspected of being a vampire. This would easily be linked to our headless ghost and at the same time, it takes us to a whole new level of supernatural.
Are They just ghosts who are provoked and prevented from finding their peace? Is there something behind the stories about vampires? Or are they may be the same thing? To look deeper into this will tell you two stories told by family members of witnesses who came face-to-face with a headless ghost. Unlike other stories that we heard and told this one takes place in the daytime and for that, it's so much scarier. 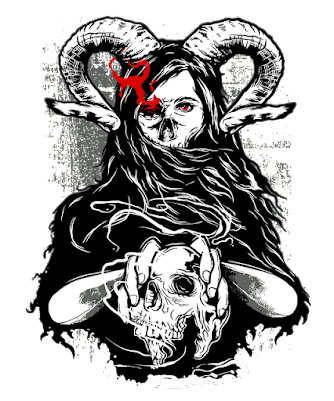 It was early morning when Tony went to his wine yard. In the Summer, Sun forced one to leave outdoor work early. He knew that he had to be done by lunchtime. Once the church bell sounds off in the distance, announcing it was 12:00 at noon exactly, Tony gathered his things and started walking home.
It was a half-hour walk on a dirt road that went through the field and a coppice. As he walked He didn't notice anything strange. On the contrary. He even came across a friend who he grew up with and who was taking his cows in the fields. They talked for a few minutes before each went on their separate way.
Not far from home Tony suddenly noticed that something was wrong but at first he couldn't figure out what. Soon he realized that everything around him went completely silent There was not a single bird singing, or a bug sounding off in the grass. He found it a bit strange. But at the same time ignored it because he wanted to get home as soon as possible.
All of a sudden Tony got goosebumps as if it was freezing outside, and at the same time noticed that someone is walking towards him from the distance. That calmed him down. As the person he saw in the distance approached closer Tony noticed something wasn't right. But the person was too far from him to notice what made him feel wrong.
All of a sudden he started remembering all the scary stories people talked about. Unfortunately, as the bypass had come closer Tony realized that one of the stories wasn't just something they used to scare kids with. They were only twenty yards apart when Tony took one last look and remembered to look down. The man that was walking towards him. Didn't have ahead and the story said one mustn't look and the headless ghost or even greet it. Afraid and confused. Tony started walking faster and decided that once they passed each other he would run home as fast as he can.
Unfortunately, as they cross paths the curiosity got the best of him. Thinking that he must have seen it wrong, Tony lifted his head to look at this person that was now right in front of him. Tony said later to his granddaughter that he saw everything; the severed spine and neck He even saw severed translucent skin and blood veins. At that moment when he looked at the headless ghost, Tony stopped breathing and the feeling of absolute fear paralyzed him. Moments later the headless figure just vanished into thin air and adrenaline rush through Tony's body. He ran home as fast as he could not turn his head.
Stories of this headless ghost wandering all around us expend almost to every part of Croatia. And it is interesting to say that they, unlike many evil supernatural beings actually don't show up or act only in the darkness. That being said you probably think why did we choose this story when it is pretty known to a wide range of people Well, we chose it because of the next part-
It is said that once a year every single headless ghost disappears and no one will see them wandering the countryside. And every year it's that one single day December 13h, St. Lucia day, they will all appear at the local cemetery Allegedly, they will appear exactly at midnight. But you will only be able to see them if a Coprnica, evil witch, performs a gruesome ritual before the night. Let me explain that in more detail. On that day locals have found scattered animal carcasses on the roads around the cemetery. People say that the stench is unbelievable and the number of dead animals would bring chills down everyone's spine.
The body parts can be found circled with blood scattered even on the tree branches. As you can imagine there is something weird about it. Not only for the poor dead animals December's in Croatia are pretty much cold. And one would most likely have to store dead animals four days before scattering them.
Otherwise, the cold air would prevent the meat from rotting and therefore releasing the stench. People even say that they hear loud screams and some kind of ritual singing around graveyards Indicating that Coprnice calls upon the headless dead. The old stories even say how they call upon them trying to recruit the army of the Dead, but always fail. So as always it is up to you to figure out if you want to believe in headless ghost or not and for the end. You will hear the true story told to me by a local whose father used to work as a gravedigger and Was one of the rare people who had the encounter with the whole perception of the dead. 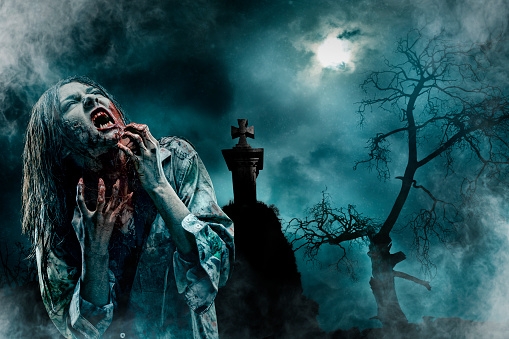 Luka and his colleague Patrick were informed that they need to dig up a grave two days in advance The ground was already frozen and hard to dig through so they needed more time to complete the job.
On the first day, they were a bit lazy. So they decided to have a few drinks in a graveyard mortuary, go home and do the double shift on the next day. The next day came and Luka decided to walk to work because they had drunk too many last night, And he needed to get rid of a hangover Also, it wasn't that far from his home. He walked a few feet more when the stench became unbearable. As he walked uphill. He soon came to turn on the road, And once he passed it shock overcame him.
There, all over the road. He saw torn bloody pieces of animal parts. Although he worked as a gravedigger for over 10 years, his stomach wasn't used to this sort of gruesome acts Finally, he ignored the sight and rushed to the graveyard Upon arriving there. He saw that Patrick was late to work. He called Patrick's home phone as there were no cell phones at a time But no one answered.
Angry and frustrated, knowing Patrick wouldn't show up, he started digging. The job was hard and exhausting and he knew it would take him a whole day to do it. But the funeral was to be held the next day and someone had to do it Luka worked up a schedule - one hour of digging and at least half-hour of rest at 2:00 p.m he walked back home for lunch and to warm up. On his way back he was shocked to see there were even more animal parts scattered all over the road. Although he ignored it, he decided to call the veterinary station once he came home, he felt uneased by that sight At 4:00 p.m.
He returned to the graveyard by car Knowing he would have to work late and had no intention of returning home through the shortcut he took earlier through the darkness and possibly breaking awake on the icy road. It was exactly 11:50 p.m. When he finished the job. Finally, he crawled out of the dug-up grave Exhausted and still mad at Patrick, thinking about how he will report this to their supervisor and ask for a bigger paycheck. He put a shovel in the small tool shed and locked it up when he heard a loud scream. He froze up Looking around him.
Until this moment, he wasn't afraid of being alone at the graveyard at night "Dead is dead and they stay dead" he always said But there was something about the scream that frightened him to death. It wasn't an animal scream nor human Instinctively, Luka looked on his watch. He noticed it was a minute to midnight, Something just didn't feel right. So he took shelter behind the tool shed Realizing that the sound he heard came from the direction his car was parked in. At that moment, when the church bells announced it was midnight, a horrifying scene appeared in front of his eyes There, in the spot where on a normal day a funeral procession would start. He saw dozens and dozens of faded lights appearing in a straight line.
As if people stood there Marching in the rows of two, but there were no people, only faded silhouettes headless silhouettes.
He observed as they started walking across the graveyard and remembered all the stories his grandfather used to tell him Immediately, as the dead procession came closer, he looked down. Shielding his view with his hand and start running towards his car. Once he started the engine, he took another look, from the distance this time Seeing that the procession stretched over the whole graveyard. Afraid and eager to lock himself in the safety of his home, Luka punch the accelerator panel So, there you have it. Headless funeral procession of Saint Lucia day. Myth or reality? Restless wrongfully accused souls, or maybe real vampires that feed on the fear of the living?
***