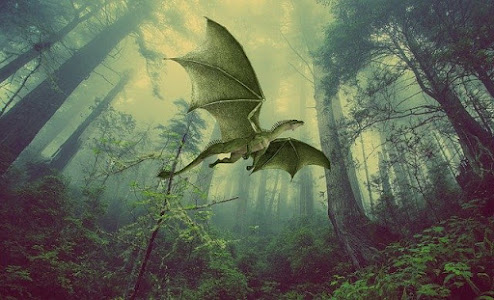 This story begins in the early 18th century when there were a lot of earthquakes in the Croatian region of Međimurje.

As people in that time didn't have scientific knowledge about the mentioned This story begins in the early 18th century when there were a lot of earthquakes in the Croatian region of Međimurje. 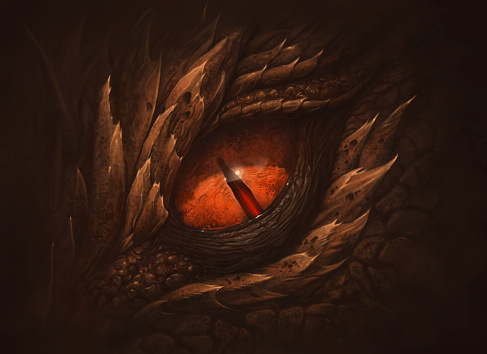 As people in that time didn't have scientific knowledge about the mentioned earthquakes they tried to explain the tremors with the stories of mighty beings. That's when Pozoj's were born. Every village in the Northwest region of Croatia has its own story about the Pozoj. You're probably wondering what is a Pozoj.
Well, they're basically dragons. The stories tell of them being huge reptile-like creatures with a single head, many legs, and a tail. It is also said that Pozoj was mostly buried in the ground. Unfortunately, we can't tell you all the stories but we will bring you the ones that we found most interesting.
So let's dive into the world of Croatian dragons.

Our first story will be about a Pozoj from the town Čakovec. It is said that the creature was green, had a single giant head with 67 sharp teeth and many legs. Pozoj's head was buried under the church of st. Nicholas and it's tail under the old town.
It would allegedly rise up every time it was hungry and eat someone, but his favorite food was children. Many knights came to Čakovec, trying to save the town and kill the Pozoj but they all failed due to its hard scale skin.
The legend said that a hero would come to town who would possess powers unknown to mankind and that these powers would be given to him by fairies, witches, and even demons.
In the years 1738, a young nobleman named Matija Čakovečki came back home after finishing his education in Graz. Upon hearing the stories of Pozoj he decided he was the one who would kill it and free his people. Matija ventured to the center of the town and called the Pozoj, challenging it to a duel. At that moment winds started blowing and the Pozoj appeared in front of him. Houses were torn down and most of the town was devastated. People fled in fear but then Matija jump on Pozoj's back. Pozoj stretched its wings and carried them into the sky. As Matija flew on Pozoj's back he saw the devastated ground. At that moment Matija drew his sword in rage and cut off the Pozoj's head in one swing. As they fell to the ground, surviving villagers surrounded it. It is said that Matija chopped the Pozoj to pieces and divided the meat among the people. Many believed that it was the end of the Pozoj but many years later yet another devastating earthquake destroys Čakovec, so the legend of Pozoj leaves on.
The pre-Christian Croatian mythology:
The second story is one of the pre-Christian Croatian mythology. In the far past, in a town called Doni Vidovec, they used to be a shrine called Glavatišće.
According to legends that were the location of a big seven-meter statue of the god of Sun. This God was known by three names: span Svanimir, Svantevid, or Svevid and he was the protector of warriors.
He was probably named that because of his many heads; Svevid could roughly be translated as all-seeing God as the word "sve" means "all" and the word "vid" translates as "sight".
God Svanimir used to rise in the forest Dubrava, which is today known as Donja Dubrava, and it is said that there he used to fight the god of the underworld Veles. Veles could turn into a Pozoj but in the end, Svanimir defeated him.
There allegedly existed an old bark of an oak tree that contained the written evidence of this Svanimir statue but with the arrival of Christianity, the evidence was destroyed.
Nonetheless, up until the end of the 19th-century people use the dance there on midsummer night. That could be proof of the ancient existence of the big statue of Svanimir.
So there you have it. Pozoj. A dragon that caused destruction, a hero, and ancient gods. Myth a reality? It is up to you to decide. Be cautious when you feel the earth trembling. It just might be a Pozoj waiting to eat his next victim.