Everyone knows how the pain of a broken heart can influence ones everyday life. It is an unseen wound that tends to remain open for a long time. But.. 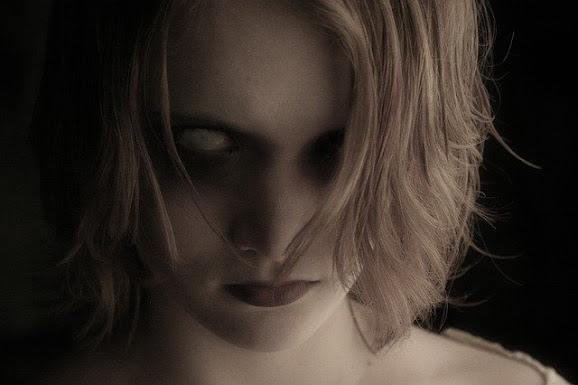 Everyone knows how the pain of a broken heart can influence one's everyday life. It is an unseen wound that tends to remain open for a long time. But what if this unseen wound rips our soul and remains there for all eternity? Once sad love story still exists among the people that live close to the river Krapinica.

100 years ago there lived a young woman named Jana. People say that she lived with her poor father who earning money and food by doing all sorts of labor work around the village.
Her mother died when she was just a small girl. So Jana took over the care of the household. In that time one would be fortunate if one had a cow.
It is said that Jana and her father had an old cow. But Jana would make the best cheese in the whole region and even nobility came to her house to buy her delicious product, So in that way, Jana also helped with the financial part. When Jana turned 17 she fell in love with a local young man she knew all her life. It is said that they were both poor but that no.
One ever saw a bigger love than theirs one day Jana's cow died of old age that meant that she wouldn't have anything to sell and to earn an additional coin and That there will be no longer any milk or dairy products to eat. Although poor himself her beloved boyfriend proposed to her, giving her the opportunity for a slightly better life. Unfortunately, her father had other plans.
As her marriage meant he would remain alone, and wouldn't gain anything from the poor husband-to-be. He built up a plan, He knew that a wealthy old local farmer had a crush on her So, he offered the hand of his daughter to him.
Two men knew she would never marry someone except the boy she loved So, they decided to end his life.
It was a cold winter day when Jana's father went to the river locals called Chrnec (Črnec). He knew that Jana's boyfriend went there every other day to bring water for their animals. He waited in the deep snow until Jana's lover came and stabbed him to death. Throwing his body into the cold river and leaving nothing, but the blood and footsteps in the white snow. It wasn't until the late afternoon when Jana found out.
It is said that her scream wandered to the next village. From that moment on Jana swore that her heart wouldn't belong to no one ever again. She became cold and spoke only when someone would ask her something.
It is even said that her long black hair became white as snow. Soon she married the old wealthy man as her father wanted, But she couldn't love him.
One day not long after they got married her new husband realized she was pregnant. But the child was that of her murdered lover Enraged, he beat her up so hard she miscarried.
On that day Jana lost the last part of her broken heart. On that day after she lost the child, the last thing that linked her to the love of her life Jana walked to the Chrnec River in a white nightgown.
She Stayed on the narrow bridge. Tied the rope around her neck and jumped to her death, But Jana didn't find peace by her lover's side even in death. It is said that her heart was filled with sadness and rage that didn't allow her to find peace. Jana's, ghost still wanders by the river searching for justice.
____________________ 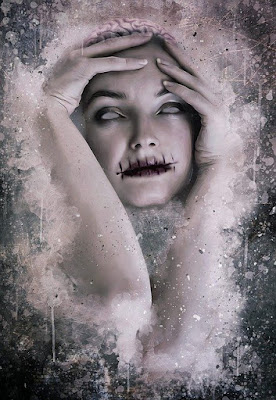 In the end, you will hear a true story told by a man who had a close encounter with a white woman of Chrnec and it is up to you to decide if you want to believe it or not. As always for the sake of keeping the identity of the person involved the name in the story will be changed.

~ True story who had a close encounter ~

One early autumn day Peter decided to take a day off and relax by the river Krapinica. He took his fishing gear, some food, and water, and drove to his usual spot Upon arriving.
He noticed that he wasn't the only one who had the same idea Not wanting to share his space with some unknown guy Peter decided to park his car and find another quiet spot.
He took everything he needs from the car locked it and start walking through the field Following the river. It was a warm sunny day. So he didn't mind taking his time and finding the most suitable spot.
Ten minutes have passed before he finally found a beautiful spot right below an old willow tree. He set up his fishing gear and through the hooks in the water. From that moment on he would just have to wait until the fish bites the bait.
Few hours have passed. Peter ate his lunch and even took a nap. Unfortunately, fish weren't biting on that day. After catching and releasing a fish that was too small to bring home.
He decided to throw the hook in one last time before he would try finding another spot. He waited for 15 minutes But everything was still. The water, the fish line, and even the leaves on the willow. Not wanting to go home so soon.
Peter decided to take a walk down the river and set his fishing gear somewhere else. As he walked by the river he remembered that when he was a kid His mother would always advise him not to go to the Chrnec bridge. That bridge wasn't used for a long time now. And only a few people knew the location of it after the new concrete bridge was built.
He laughed remembering how his mother would panic whenever he and his friend would go to the river to play. Now as a grown-up he understood why she told him that the White woman would drown them if they ever go there.
Now He understood that she made all those stories up just to scare them away from the danger.
As he walked closer to the spot where the old bridge once stood the cold wind started blowing and it felt great and Reminded him of the upcoming snow he loved so much.
Once he was only a few feet from the bridge. He suddenly heard a soft singing voice as if a young woman was standing somewhere in the bushes Curious, he put down his gear, and start walking towards the sound of the woman's voice Calling out, so she wouldn't be startled.
He called out a few times but nothing. The singing voice didn't stop Suddenly as he stopped right by the river a freezing wind started blowing so hard he started shivering. It was so cold that Peter thought he was about to die. Then as out of nowhere, a pale terrifying woman appeared in front of him.
Her eyes were completely white as well as her hair. Her skin was almost see-through but young.
And the nightgown she had on didn't move despite the strong winds that blew around them. Overwhelmed with fear Peter started running towards his car. As he ran he heard a horrifying scream of a woman that followed him along with the wind. He didn't even think about picking his gear up.
He just ran past it yearning for safety. Once he came to his car. He could barely feel his finger's ears and nose. Finally, Upon arriving home, he looked in the mirror only to notice that his extremities were completely red as if he was walking through a blizzard.
But that wasn't the only thing he noticed Looking at his reflection in the mirror. Peter saw a big bruise around his neck. A Bruise that looked like a rope was tightly tied around his neck. So there you have it.
The white woman of Chrnec. Myth or reality? Be sure to always think twice about where you're going and maybe just maybe Take a scary story your elder tells you as a warning you never know when they might turn out to be true. Remember something is always lurking out there Seeking revenge for the broken heart.
***