We see light as something that's comforting, warm and welcoming. At the same time, our heart beats a bit faster upon the mention of paranormal. Am I r 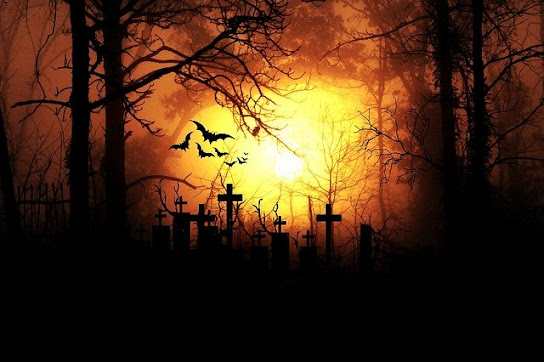 We see light as something comforting, warm, and welcoming. At the same time, our heartbeats a bit faster upon the mention of the paranormal. Am I right? But what happens when we combine those two things? What happens when the comforting light belongs to something not from this world? No. I am not talking about aliens. I'm talking about something ghostly and for a change, not at all sinister.
Luchnjaci. Until recently this was just another word in my life. Something that remained in the deepest corners of my memory connecting me to the stories my grandparents used to tell when I was a kid. That single word LUCHNJACI stuck in my ear so I took it as a mission to find out what exactly it means. And the result is astonishing.
Let's go back at least a hundred and fifty years ago in the period when rural regions of Croatian zagorje weren't as developed as today. In a time when there were no Internet connections, smartphones, or even television. There wasn't even any street lighting so at night if traveling by foot people had to rely on the moonlight.

But what if there was no moonlight? What if the danger lurked in the pitch dark?

That's where Luchnjaci steps in. Luchnjaci. Flickering lights, similar to orbs that appeared in forests, fields, and all the places where one could come to harm, are said to be ghosts of little children and babies who died before they could be baptized. It is said they used to aid people if Coprnice, bad witches wanted to harm them. They even helped people to safely cross rivers during floods, guiding them to safety.
It is even said that in the calm nights one could see Luchnjaci dancing and playfully gliding in swarms. Luchnjaci would never choose who to help. You could even be a bad person, or a good one, Luchnjaci didn't mind. These pure little souls were more powerful than any bad energy just like every child on this planet.
The story tells us why they were put on Earth and it is a bit sad but somehow comforting. As they weren't baptized their souls couldn't enter into Purgatory. But God acknowledged their innocence and gave them the ability to serve a good purpose. He gave them divine protection and the power to fight over evil. So Luchnjaci became his own little warriors in this tortured world.
You will probably think that people are exaggerated and that this phenomenon can be easily explained. Maybe they saw fireflies? Or perhaps other people carrying kerosene lamps in the distance? That was my first assumption. But those who tell the stories of Luchnjaci swear that it isn't any of the mentioned above. In the end, you will hear a true story told by a person who had a close encounter with a Luchnjak. And it is up to you to decide if the story of this good little savior is true or not.
~Real story~ 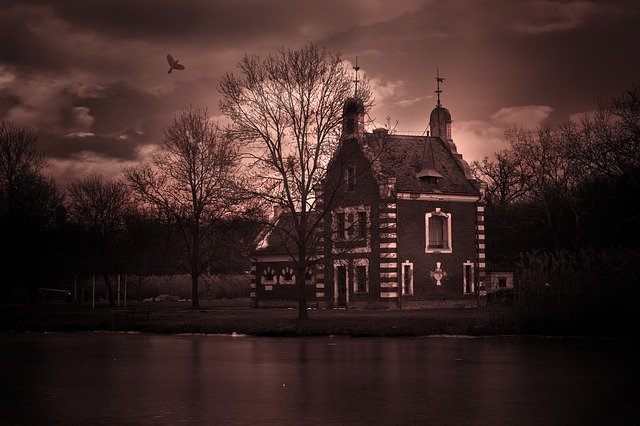 Elly just started her new job and she traveled to work by train because it was more practical. One spring evening, Elly decided to meet up with some friends. They ended up chatting and having fun a bit longer than Elly planned so she ended up taking the last train home. Once she came to her train stop Elly noticed that the streets were already empty. Tired and eager to arrive home she decided to take a shortcut. It was only a ten-minute walk if she took this path. And although it passed through the forest she knew it well because she used to walk this path a million times by daytime.
Also, Elly wasn't afraid of darkness and she wasn't superstitious. Until that night. The path she walked wasn't illuminated but a full moon was so bright she saw where she had to go and she knew that soon she will see the light on the first neighbor's house as the guideline. Ten minutes have passed and Elly noticed something wasn't right.
She stopped, turned around, and noticed that she could no longer see the lights of the village behind her. But she also didn't see the end of the path or the neighbor's house. Some kind of panic and fear overcame her. She started to walk faster hoping she miscalculated the distance. Additional fifteen minutes passed and Elly stopped again. By this point, she was starting to shiver in fear, panicking. There was no way she could get lost. There was only one single path that leads to her neighborhood.
Suddenly, overwhelmed with terror, Elly started running- She ran for some time, crying and calling for help until she fell into a small ditch filled with water. It wasn't deep enough for her to drown or get seriously injured. But she hurt her ankle and by this point, she lost all hope of finding her way out of this darkness.
Elly sat there in the mud, cold and afraid. Observing as the clouds started covering the moon leaving her in complete darkness. All of a sudden, she heard a soft giggle and noticed a glowing white orb slowly gliding towards her.
Elly said that she never felt so safe and serene in her entire life. As if that light filled her with hope and security. She stood up and slowly walked towards it. As she moved closer, the light started gliding forward, as if leading her. Not long after it appeared the light simply faded away and Elly noticed a faint light of the neighbor's house in the distance. Happy about seeing her destination she rushed home.
So, there you have it! Luchnjaci. Small protectors. Good ghosts that aid those who are in danger. Myth or reality? Be sure to always believe in the good, and look out for the lights that want to guide you to safety. And remember, something is always lurking out there. But something is also there to protect you.
Also read: a vampire story
***