In nearly every corner of the world ancient mythos speaks of winged magical beings that move freely between the realm of fairy to our own. From the .. 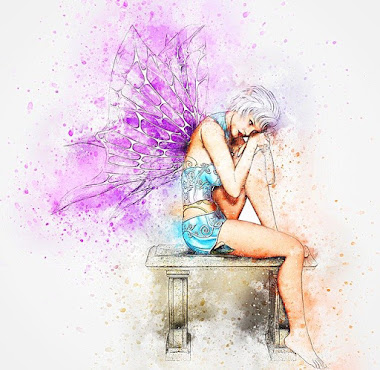 We'll be taking a look at some of the history behind these otherworldly beings known as the fae and diving into some questions regarding mankind's obsession with them since almost the dawn of human existence.
In nearly every corner of the world ancient mythos speaks of winged magical beings that move freely between the realm of fairy to our own. From the vila and Slavic fairy tales to the Celtic Tuatha de dannan to the deva in Buddhism, almost every ancient culture has its own version of these magical ethereal and almost god-like creatures that are said to have special and supernatural abilities.
All across the globe the idea of these fantastical beings has sparked mystery and has intrigued writers and storytellers throughout history. Writer and poet William butler yeats published a collection of accounts called 'the Celtic twilight' as told by the people of Ireland who claimed to have either seen the fair folk or have been victims of their acts. One story, in particular, tells of a young village girl who suddenly and mysteriously went missing one afternoon. The people of the town immediately recognized and accepted this as an abduction by the fae and took drastic steps to appease them in hopes of the youth being returned to them unharmed. The people of the village spent an entire evening burning all of the ragweed surrounding the village, as it was said to be offensive to the fair folk. The next morning after her disappearance, the girl was said to have returned, confirming that she was indeed taken by these fae beings.
What is it exactly about the idea of fairies that have intrigued so many cultures and civilizations throughout history and captivated the minds of people from all walks of life for thousands of years? some believed that fairies were a way for ancient cultures to explain happenings that could not be so easily explained. One example of this would be of that of the 'changeling.' the Celtic people believed that an angered fairy would sometimes take human children from their cribs and replace them with one of their rejected own or often a carving of a child.
Some have put forth the idea that this was simply a way of explaining developmental issues in children of the time. Some of these supposed changelings would display trouble with speech, suffer from constant hunger, or have any number of ailments that modern science has given names to. In Iceland, there was a recent study done found that 54.4% of the country's population still believe in and take seriously the traditional oral stories that the tell of elves and gnomes and other fae-like creatures that reside there.
Was there a time not too long ago when the veil between the fae realm and our realm remained thin throughout the world and the fae more readily made their presence known to man? has the modernization and industrialization of our planet banished them from our realm, or are they still truly materializing in remote and lonely places that remain a part of the natural world? I am not here to tell you that beyond a shadow of a doubt that the fae exists in reality. There is very little solid evidence to support the existence of these 'fair folk' and one can easily be discouraged when one goes digging for concrete answers regarding the existence of the fae. 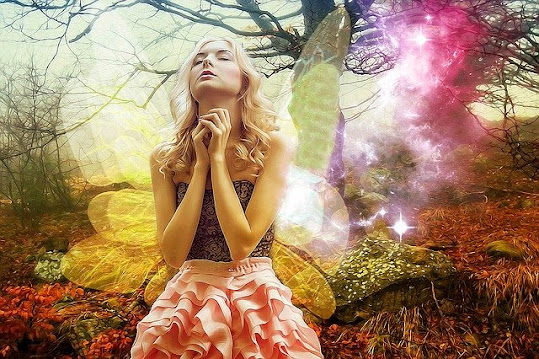 It is a wonder why so many ancient cultures spoke of the same types of beings that are described in much the same way across the many different cultures of the world without so much as a hair follicle of one of these beings to truly prove their existence. On a more spiritual note, perhaps they are the spirits of nature, the life force within all natural life in the wild places of the world. It is backed by modern science that trees can actually communicate with each other in ways that we were not aware of before. It is estimated that scientists discover on average 2,000 different species of ocean life every year. There is so much about our world that man has yet to discover and understanding a realm beyond our own is a daunting, if not presently impossible task, indeed. Perhaps the belief in fairies is all too personal for the individual and they are only truly physically real for those who choose to believe in them. For some, being out in nature and feeling the life of the forest around us is enough to support the existence of ethereal forest spirits.
Some have experienced firsthand what it is to meet the fae and others simply feel the magic when they read poetry or gaze upon artwork depicting these magical beings. Whether the fae is real or not, the ancient mythos surrounding these beings is a fascinating and broad subject to be sure. Over the course of the next few episodes, I will be presenting a brief collection of folklore and stories about these magical beings and I will leave the choice to believe or not to believe up to you. That is what this is really all about, bringing a little bit of fairy magic into your own lives. One can easily be swept away by the fantastical stories of these magical folk and suddenly find themselves transported to the realm of fae. Somehow, you are no longer where you were. The earth seems to breathe. The light shines through the trees a little differently. You are greeted by strange beings who in appearance linger on the edge of uncanny and beautiful. Dare you hear what they have to tell you? the choice to return to the land of mortal man may be a difficult one, indeed.
***