In November 2011, Latoya Ammons, Rosa Campbell, her mother, and Latoya's three children moved into a house in Gary, Indiana 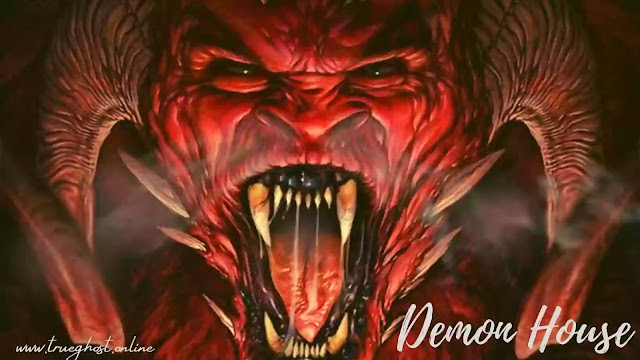 Every one of us who was there that day in the basement, and who saw what we saw, we all think the same. We all call it the same. That bit of dirt is portal to hell.

Captain Austin looked back at the house and saw someone standing on the porch looking out at him, a shadowy figure of a man. This was the final straw for the family.
The Ammons hired father Michael Maginot to perform an exorcism. He discussed the matter with Latoya and then interviewed the entire family. Father Maginot was convinced that there was potential for otherworldly or demonic presences officially accepted the case.
As he inspected the house, he became more and more convinced that they were being tormented by demons. Father Maginot then set about performing three exorcisms of Latoya Ammons. He was very thorough in his approach.
He performed his exorcisms in both English and in Latin. At this point, the Ammons family agreed that they'd had enough and that no house was worth this amount of pain and suffering. They decided to move to Indianapolis. Thankfully after they left the home, the Ammons was not plagued by otherworldly events.
___________ 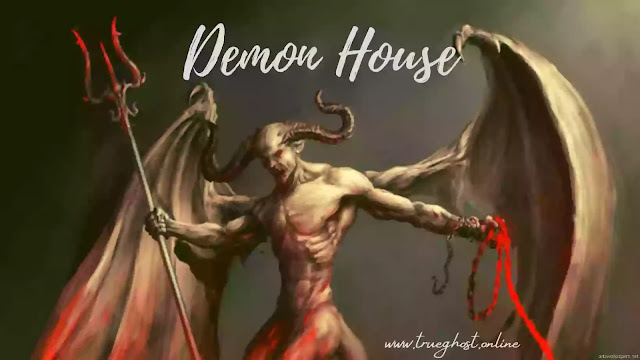 If you're unfamiliar, Zak Bagansis a television personality and professional paranormal investigator. He claims to be one of the world's leading experts in demonology and the occult. He first rose to prominence off the back of his feature film documentary Ghost Adventures. The film was quite successful. It gained so much acclaim that it launched Bagans and his crew of misfit ghost hunters into a highly successful television show on the Travel Channel.
The show has had 18 seasons of bone-chilling and terrifying episodes. Eventually, news of the demon House of Indiana made its way to Bagans. The noted paranormal investigator and TV ghost hunter bought it sight unseen for $35,000. You might be wondering how Bagans has the money to just buy a house outright without ever going there.
Well, aside from the 18seasons of his TV show, Bagans also runs an attraction in Las Vegas called Zak Bagans Haunted Mansion where he displays objects such as Ed Gein's Cauldron and Jack Kevorkian's van. After the sale was completed, Bagans then spent the next two years making a documentary about the paranormal happenings in the house and the events that he witnessed there.
The documentary was titled Demon House. And it was released on March 16, 2018. The film stars Bagans, Billy Tolley, and Jay Wasley as they attempt to uncover the secrets of the Demon House of Indiana.
Unfortunately, they were highly restricted in what areas of the Demon House history they were allowed to discuss and depict. At one point, a Hollywood producer called Zak Bagans and told him he needed to be very careful what he does in that documentary. He informed Bagan that he didn't have the right to make a narrative film.
The Hollywood producer forcefully reminded Bagans that he can literally only make a documentary. This presented an interesting challenge for Bagans and his crew. But, ultimately, they rose to it. The film showcases their struggle to contact the great beyond. They filmed themselves at length attempting to contact any kind of apparition with very little success initially.
However, toward the end of their investigation, one of Bagans' compatriots claims a spirit touched his hand. The encounter drove him to act wildly erratic and to quit the production. He later would tattoo 666 on his hand where he was touched by the otherworldly spirit.
On their last day of shooting, they saw some very interesting things, namely, they heard a disembodied voice. Heard unexplainable noises. And Zak Bahana himself claims to have seen a shadowy form come out of a wall and attempt to touch him. After witnessing this apparition, his eyes began to sear with uncontrollable pain.
And after getting them inspected by medical professionals, it was discovered that he had become afflicted by a medical condition known as diplopia, which required him to wear prism glasses and to eventually have surgery on his eyes in an attempt to correct his double vision.
Was the house at 3869 Carolina Street a portal to hell as some have claimed?
We may never know because after the Demon House documentary's completed. Zak Bagans and his crew demolished the home. They raised it to the ground to protect anyone who might unknowingly live there in the future.
What do you think? Do you believe the Ammons? Would have lasted as long as they did in that house? We'd be showing up for the seemingly inevitable Blum house film, the Demon House of Indiana. Let us know in the comments below if you have the courage.
***