There is a natural well not so far from where I live and every now and then we are going there to get fresh natural water. 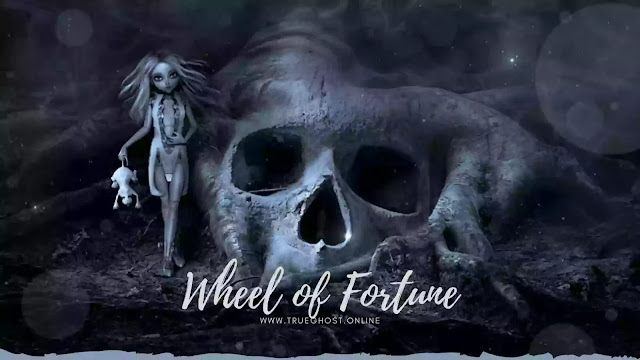 There is a natural well not so far from where I live and every now and then we are going there to get fresh natural water.
And we are not the only ones. People from all over are coming there for the same reason, so it is not so uncommon to come there and wait in line to fill up your water bottle.
Of course, this particular jewel of nature holds its own story that I found out about from the elder locals. And it goes like this -

It is said that the well started flowing from the mountain after a giant of the forest died; falling to the ground so hard it ripped the ground. After some time water fairies were drawn to it because of its purity and would often be seen dancing there underneath the moonlight. With time men discovered the water and the water fairies became jealous, not wanting to share the well with anyone.
So, they put a curse on it. Every man that would drink from the well would either be blessed with pure luck or cursed with misfortune that would last for days.
As fairies aren't good or evil they couldn't bring only misfortune to someone, but still, they could try to push people away with any means they could. As time went by people started noticing that there was something wrong. Almost everyone who drank the groundwater got sick. But every now then someone would bring a story of gaining extreme wealth after visiting the well.
The story started intriguing people and no matter the misfortune human greed and curiosity were stronger.

One day a young woman from the nearby village heard the story about the well of fortune. But she wasn't an ordinary woman. No.
She was said to be the purest good witch that ever walked the earth. Furious of the water fairies the young witch waited until the first full moon and went to the well to confront the fairies and begged them to remove the curse for the sake of her beloved humans.
Unwilling to grant her the wish and furious for her choosing the human side, fairies turned the beautiful witch into hundreds of beautiful white flowers. But the story didn't end there.
It is said that the beautiful witches' husband knew where she was going and knew of her plan. As he didn't trust the fairies he gathered some friends on that same night and went to the well just a few feet behind his wife.
Once he saw that his beloved wife got turned into white flowers he jumped out of the bushes filled with rage.
One by one the fairies were murdered on that night in a vengeful fury of a human who lost the love of his life. And it is said that as the blood dripped from their bodies a purple hazelnut grew on the spot where it gathered.
From that moment on the giant hazelnut bush and white flowers that grow around the well serve as a reminder of the curse that allegedly didn't go away even after the water fairies were gone.
Although I never experienced good or bad fortune, it makes me wonder if one's misfortunes or Luck can be linked to something as simple as water.
So there you have it. The well of fortune. Myth or reality? Is it an excuse for everyday good and bad things that happen to us? Or is it really cursed by mischievous water fairies? It is up to you to decide. And remember, there is always something lurking out there just waiting to mess with your everyday life.
***