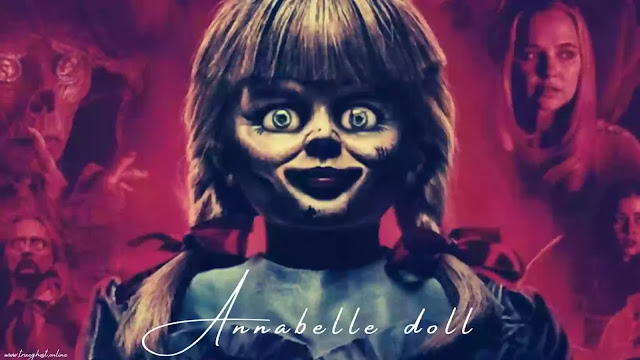 Our story begins with two lifelong paranormal investigators Ed and Lorraine Warren. A self-professed demonologist, Ed Warren always had an interest in the supernatural. When life brought him and his future wife, Lorraine, together, it was a perfect match. Because she was someone with rare abilities and gifts a clairvoyant. She was also a practitioner of the ancient art of being a light trace medium.
The Warrens toured the country, investigating supernatural happenings, documenting ghost sightings, and attempting to prove that the spirit world does, indeed, interact with the corporeal plane. During their time spent investigating various hotspots of ghostly and demonic activity, the Warrens experienced many shocking and harrowing trials.
In 1952, the Warrens founded the New England Society for Psychic Research, which would become the oldest and most prominent ghost hunting group in New England.
Over the next three decades, wherever there was a publicized paranormal happening, the Warrens were there. They used special cameras, psychic mediums, and elaborate seances in their efforts to contact tormented spirits who were stuck between realms.
The Warrens investigated and documented numerous notorious paranormal events, from the Amityville horror to the Enfieldpoltergeist, the Snedeker house, to the 1983 devil in Pennsylvania case. Ed and Lorraine Warren made a name for themselves by charting bold sojourns into the murky depths of the borders between our world and the next.
Their exploits became something of a cultural sensation in the mid-1970s. And the Warrens, in turn, became cult celebrities to those curious and fascinated by all things otherworldly.
The cases the Warrens were involved in were even adapted into feature films. 17 films in The Amityville Horror series, eight films in The Conjuring series, and more than a few prime time specials were all inspired by the fearless exploits of this husband and wife team of midnight adventurers. 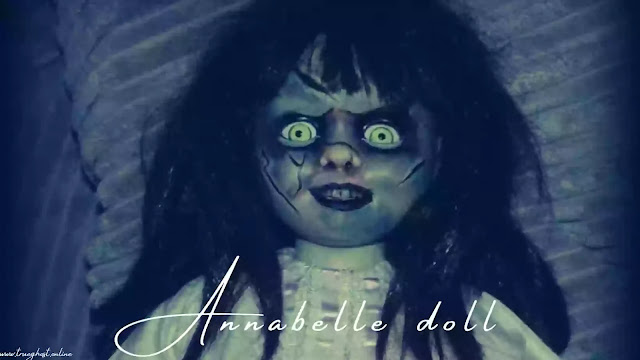 Taking pity on Deirdre, Ed Warren offered to take the doll home with him. She agreed. And after some innovative problem solving, Warren managed to get the doll into the trunk of his car. He began the trek home back to Monroe, Connecticut. But Warren wasn't out of harm's way, yet.
On his drive up Route 84, he lost control of his car. It careened off the road and crashed. Ed Warren climbed out of the wreck, grabbed the doll from the truck, and narrowly escaped the mangled mass of twisted steel with his life.
Upon returning home with the doll, he told Lorraine that the last thing he saw before the car crashed was Annabelle's face in the rearview mirror.
__________________
Years later, after the doll had been on display in Warren's museum for some time, a young man heard about the strange doll and became obsessed with the idea that the Warrens had faked the whole story.
He and his girlfriend traveled along the way on a motorcycle to see the doll. The Warrens showed them the room where Annabelle now lived, alongside many other supernatural objects they'd collected over the years.
Upon seeing the doll, the young man lost his composure. Like others before him, he burst out yelling and screaming. He pointed at the doll's glass case saying that it wasn't real. That it wasn't possessed. And that it was all just a sham. He then spits on the ground in front of Annabelle and cursed the Warrens.
After storming out of Warren's museum, the man and his girlfriend left on the motorcycle for the long drive home. They never made it. Both died in a tragic and mysterious motorcycle crash.
Although the Warrens have passed away, Annabelle still lives in the museum in the back of their home. Don't worry. She still has many friends. There are many supposedly haunted items on their property to keep her company.
The Warren's son-in-law Tony Spera currently maintains the grounds, but the museum itself is not open to the public.

ANNABELLE ON THE SCREEN

The Conjuring film universe is primarily based on the exploits of Ed and Lorraine Warren. In fact, in 2012, when asked about what he was working on, James Wan the producer of the films revealed that he was shepherding a project titled The Warren Files, which would eventually be re-titled The Conjuring.
There are eight films in The Conjuring universe-- three Conjuring films, three Annabelle films, The Nun, and The Curse of La Llorona. There are also two announced, but unproduced films in the series, as well-- a sequel to The Nun and a film titled The Crooked Man.
The films take place from 1952 to 1981. Some of them feature Ed and Lorraine Warren as characters. Some of them simply connect tangentially to the universe in which the films take place.
Annabelle first appeared in The Conjuring which was released on July 15, 2013. It was then quickly announced that there would be a spin-off movie exclusively focusing on the mysterious doll. The project began filming in January 2014. For the feature film adaptation of the doll that Annabelle Higgins possessed, James Wan and his team changed the appearance of Annabelle from a Raggedy Ann doll to a porcelain doll.
Needless to say, the story of Annabelle has taken on a life all its own.
Annabelle's nightmarish story shows us that sometimes it's important to respect the otherworldly, while not actually trying to become friends with it. The harrowing tale of gloom and darkness that surrounded Annabelle Higgins and her manifestation inside of the Raggedy Ann doll has now become the stuff of urban myth. While the real-life doll is locked away in a glass case in Connecticut, the film version of the character will no doubt rear her head and frighten us all, again, very soon.

So what do you think? Is the Annabelle doll possessed? Or is it all an elaborate hoax? Let us know in the comments below if you have the courage.