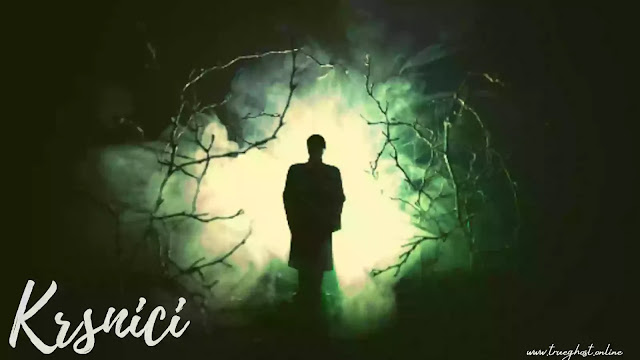 Krsnici are as mentioned good humans with supernatural abilities. They're mostly male and are known to aid people and animals defending them from everything evil. They gain their supernatural abilities when they are born. An interesting fact is that the stories tell of babies that are born only in a white placenta and later on become Krsnici. As mentioned, they are born with abilities, but they aren't shown until a Krsnik turns 7 years old.
It is also said that if a doula says"It's a Krsnik!" when a Krsnik is born, the baby will lose his supernatural abilities and live his or her life as a human. A Krsnik can lose its supernatural abilities in one more way.
Once the child turned seven the older Krsnik's will come to his home and call out its name and awake that which lies within. But if the child isn't home three times at the time of its name-calling ritual the magic within will disappear.
Krsnik can manipulate whether; they are extremely strong and can turn into flies, horses, and dogs. It is said that when Krsnik's turn into dogs, they often follow humans to protect them from harm. They are said to be healers, so they often choose professions like doctors, veterinarians, and herbalists.
We also have to mention that it is believed Krsnik can lift curses from humans and animals and in most cases, no one will know what they are, so they tend to live in human communities and have spouses and children.
But the most important duty of a Krsnik is to fight and kill creatures that are the evil part of today's blog. They're called Štrigun or Štriga. 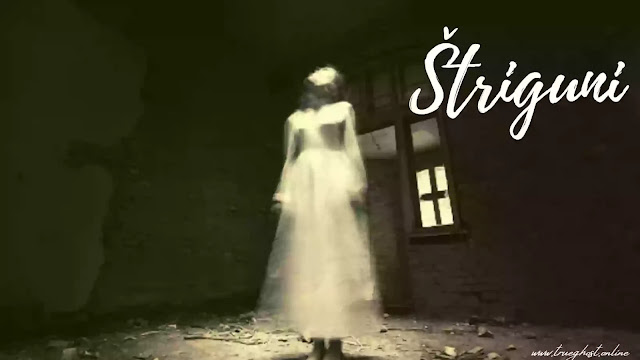 Štriga (a female form) and Štigun (a male form) are in their core believed to be witches and sometimes are even linked to werewolves.
Opposing the beliefs about Krsnik's birth, Štriga's are born in black on the red placenta and with a small tail.
Until they turn 24 they aren't dangerous but after the mentioned age their main purpose is to torment people, bring misfortune to them and their enemies. Štriga's are often blamed for the children's deaths, people ending their relationships, and even of bringing disease to the farm animals and causing hale.
It is said the Štriga's and Štrigun's live as ordinary people by day but at night turning to their evil form. If someone recognizes them in their unnatural form and calls out their named Štriga or Štrigun will lose their abilities and turn into a human.
Just like Krsnik's, Štriga's are also metamorphs. But they often turn into frogs, cats, pigs, or moths. At night Štriga's fly to crossroads, dump's, or to walnut trees where they gather, fight with flaming torches, brag about the mischiefs, and plan on whom to curse next.
On June 24th they gather at midnight and dance around fern and on that night fern blossoms.
When a person who is believed to be a Štrigun dies, people place a metal nail in their mouth to prevent them from rising up from the graves.

One such case is the case of Jure Grando that was believed to be a Štrigun or a Croatian version of a vampire. We made a separate post about Croatian vampires and you are free to check it out after you finished reading this one.
In the end, you will hear a true story told to me by a close friend who lives in Istra. For the sake of keeping her identity, the name in the story will be changed.
When Nina was a child her grandmother would tell her stories about an old woman in the village that was supposedly a Štriga. Nina's grandmother told her that she could come through the keyboard in the night, and harm her.
When they walked past that woman's house Nina's grandmother would always hold her hand and tell her to be polite to the old woman and smile at her whenever she saw her.
Nina points out that the old woman was married but didn't have children. She also had a brother He had no children and peculiarly enough her husband had a brother who never had any children but, had a sister who divorced her husband when her child was only a year old. As if the bad luck followed the whole family.
Years passed and eventually, the old woman died. Nina says the house alleged Štriga used to live in was empty for years until a couple bought it and started building a new house on that land. Not long after the man who bought the house died all of a sudden.
A few years after that, the property was again sold to someone else and like the first time, the new owners started building their home. And just like the first time, the male owner soon got sick. The construction site was closed. ( The legends of Krsnici and Štriguni. New the best story ever told. spooky ghost )

So, are this just coincidence, or did Štriga really live on that cursed land? We'll never know. So, there you have it. Krsnici and Štriguni. Good and evil that maintain the balance in the supernatural world. Myth or reality? It is up to you to decide. And remember there's always something lurking out there in the darkness, just waiting to torture or save you.