Alice cooper is a king of mayhem onstage and he's used to scaring people, but is there something that may have once scared him? ... 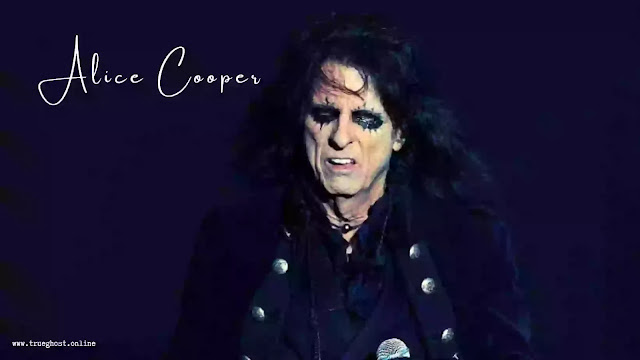 Alice cooper is a king of mayhem onstage and he's used to scaring people, but is there something that may have once scared him? Alice Cooper is a master of shock rock and is known for his elaborate, macabre, and entertaining performances on stage. As we continue our haunted rock star series, we'll find out what sort of paranormal activity may have given Alice Cooper nightmares.

In 1982, Alice Cooper was just getting out of rehab for alcoholism, and he wanted to ease himself back into the music scene slowly. So he agreed to a deal to write songs for the Italian horror movie "Monster Dog." He also wanted to work with joe perry from Aerosmith who was also just getting out of rehab. It seemed like the "Monster Dog" deal was a great opportunity for both of them to gently ease themselves back into their music careers.
Alice's manager, shep Gordon, suggested they work on their music for the film in a large abandoned house he owned in Copiague, new york. Alice and joe both showed up with their assistants to this large, ominous house on long island that's right down the road from Amityville. It was described as the ultimate location to film a horror movie in a fairly secluded location which also included its own lake. 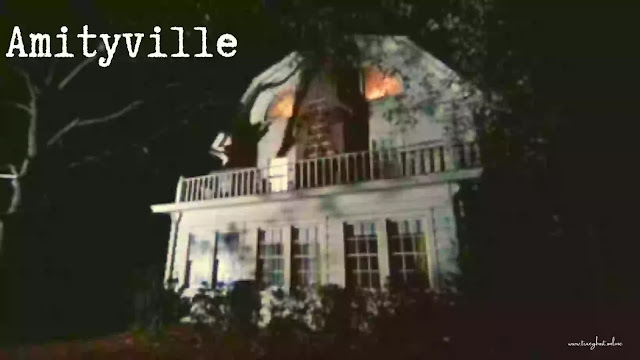 As soon as they got there they chose the rooms that they were going to stay in and decided to take a few moments to freshen up and unpack. When Alice entered his room he opened his suitcase, but then went into the bathroom. When he returned from the bathroom, his suitcase had been closed.
At first, he thought that maybe his assistant had closed it, but then he realized that the bathroom sink was on. He didn't remember leaving the water on, but he went into the bathroom anyway to go ahead and turn it off. When he returned, the suitcase was opened up again and a few shirts had been laid out on the bed.
Alice went to his assistant's room to ask if he had been trying to help him unpack, but his assistant told him that he hadn't been in his room and said he'd been in his own room the whole time. Alice tried to blow it off and thought that maybe he was just a little off 'cause he really was just getting out of the hospital. Or, perhaps, he thought that maybe he was just a little anxious because he was just getting back into writing again and wanted to make sure that he did well for the movie. But really, he knew at heart that he had been the only one in that bedroom.
So, Alice and Joe set to work on writing music. They worked throughout the day, but when they took a break, they noticed the same type of activity happening again. Objects kept being moved around constantly. It felt like somebody was playing pranks. Alice called it a playful poltergeist, like kids, were playing around being mischievous, until later.
When they were all sitting down at dinner, noises started emanating out of the basement. The first credited this noise to the boiler, typical pipe noises, but the sounds persisted and grew louder. It sounded like large pieces of furniture were being moved around.
Joe and the assistants admitted to Alice that they also experienced things being moved around on them all day long. Equipment and other things disappearing from one side of the room and reappearing elsewhere. While they discussed this, things under them kept moving around incessantly.
Finally, Alice asked if anyone cared that something was going on downstairs. They all admitted it was pretty hard not to hear the escalating noise. It was extremely loud. They all decided to go downstairs and have a look.
The basement was unusually cold, even for a basement. Alice felt like it was inhabited by something else other than human-like they were intruding into someone else's space. At some point, while downstairs with a flashlight looking for whatever could have been making the noises, Alice felt pressure on his back as if somebody was pushing against him. He even felt fingers pressing into him.
Alice called out, "joe, very funny," thinking joe perry was behind him and trying to give him a scare. Joe from the other side of the room said, "what?" that was Alice's moment of panic. He told Joe, "there's a hand on my back right now." At that, they all ran out of the room and back upstairs, deciding right then and there they were done with the creepy haunted house. They packed up their belongings and left immediately.
When driving away from the house, Alice looked out over the lake and he kept getting a picture of an old man standing there looking across the water. The next day, Alice called his manager, shep, and asked him about the house, telling him it's haunted. She admitted that, yes, the house actually was haunted, and that his mother once held a dinner party there and the dining room table moved a foot to the right while everyone was sitting at it. He also told Alice that it was the house in which "The Amityville horror" was written, although novelist jay Anson is said to have written most of "The Amityville horror" in new york city.
Alice's reaction in disbelief was, "And you're telling me this now?" Alice also learned that the family who built the house, the first to have actually lived there, suffered a great tragedy. Sadly, one of the children drowned in the lake on the property.
Some believe that it's this child's spirit that is the mischievous prankster. It's not known exactly who the old man maybe, but others have seen him gazing out over the lake as well. Could he have possibly been the child's father looking out at the spot where the child had perished? to rock star Alice Cooper, he felt like he was trespassing into the home of the spirits at this creepy haunted house.