In modern times, mermaids are usually seen as beautiful strikingly wondrous women with the lower bodies of fish. In most stories..
Today, we're going to be plunging into the very depths of mythology and discussing one mysterious being that has been spoken of in nearly every ancient civilization. The mysteries and mythos of the mermaids are deep-seated in the roots of ancient man and continue to be a huge part of the collective human imagination. And today they have taken a front seat in modern culture. 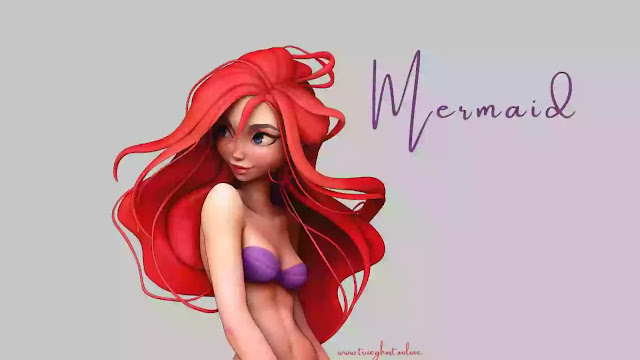 When one thinks of the word mermaid, what usually comes to mind?

Description: In modern times, mermaids are usually seen as beautiful strikingly wondrous women with the lower bodies of fish. In most stories. These mermaids are said to be gifted with alluring and ethereal voices that would lure those sailing the seas almost assuredly to their deaths.
Though oftentimes they are depicted as being pleasant in appearance and fair of voice, mermaids are said to be malicious creatures with an appetite for the souls of mankind.
Babylonian and Greek mythology: In almost every seafaring society, accounts of people who claim to have seen these elusive beings reverberate throughout history. In Babylonian and Greek mythology we see deities that are illustrated with the bodies of fish from the waist down.
Chinese mythology: Chinese legends speak of beautiful fish maidens that are said to cry tears of pearls.
Real encounters with Mermaid 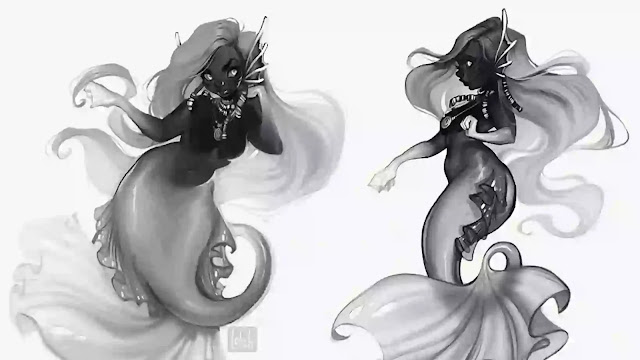 Countless alleged eye witness accounts tell of these mysterious creatures and some come from well-known historical figures.
Captain john smith, who would become best known for his association with the native American woman, Pocahontas, documented his own brief encounter with some of these so-called mermaids in 1611.
He described them as having green hair and having swum with all possible grace and by no means unattractive.
It has been speculated that perhaps the modern idea of mermaids are the result of ramblings of troubled and sickened sailors and fishermen.
Severe vitamin deficiency, sunstroke, and scurvy are all known to cause a myriad of health problems, including intense visual hallucinations. These were common ailments that plagued the bodies and minds of these seafaring folk throughout history.
Some have put forth the idea that when observed certain types of marine life, such as manatees, could be seen as magical half women, half-fish creatures by the compromised minds of these boatmen.
From an anthropological standpoint, we see that in many ancient cultures and even in modern times, humans have wholeheartedly entertained the idea of the existence of creatures known as mermaids. And it begs the question,

Are these mysterious creatures truly a real and present species of ocean life?

Perhaps they only make their presence known in rare moments in history and elude the observation of marine scientists.

Or, are they just one example of the power of the collective human imagination?

Just one example of the power of imagination that can be seen would be that of pt Barnum's Fiji mermaid exhibit released in 1842.
He displayed the body of what was believed to be one of these mermaids in his American museum in new york. Despite having this specimen examined and found not to be authentic, he displayed the body composed of the torso of a monkey and the lower body of a fish.
Barnum, ever the sensationalist, proclaimed that it was indeed the recovered body of a real and true mermaid. Despite the specimen being fake, it did remarkably well in the exhibition and is a prime example of our need as humans to believe in the magic and mysteries of the ocean.

One interesting piece of folklore that comes out of the Netherlands states that in the early 1400s, a group of girls was said to have found a mermaid floundering in the shallows of the aftermath of a storm that had destroyed the town dyke.
They reportedly took her home and clothed her and she remained on land. Assuming her anatomy had changed from fin to foot, eventually she integrated into human society. The legend goes on to claim that she never learned to speak and remain mute throughout her lifetime.
With so many whispers of mermaids coming from all across the world, can we truly be sure that there is not some truth to these stories? is there any possibility that there is indeed a vast society of mer-folk that lies beyond our precious shoreline within the depths of the deepest oceans, beyond the limits of our human physicality?
As we have seen since time immemorial, the wondrous mysteries of inaccessible oceans have captivated the minds of humans and have weaved within our imaginations fantastical stories that have sparked mystery and awakened the intrigue of people all over the world.
Today, mermaids are at the forefront of pop culture. Something within us seems to listen for that elusive siren song. In these modern times, people embrace the mythos of the mermaid just as our ancestors once did, as they sailed the treacherous and malevolent waters of the world.
Over the course of these next couple of episodes, we will be embarking on a journey through time and taking a look at these mermaids as seen in mythology, folklore, and folk tales. We will also be speculating on the question, why is it that so many ancient cultures spoke of these mysterious and elusive beings? where did these stories originate and what does it all mean in regards to the psyche of mankind? Stay tuned for more mermaid magic, and don't forget to wear your life jacket because this is going to be one incredible ride. Thank you so much, everyone for diving into the depths of history with me today. And I hope that you all have enjoyed this episode of mermaids, mysteries, and mythos.
****
# mermaids, mermaids of Arabia, mermaids movie, mermaids pictures, mermaids swimwear, mermaids of Arabia Dubai mall, mermaids meaning, mermaid scales, mermaids UK, mermaids in Islam, mermaids of Arabia mall of emirates, mermaids in real life, are mermaid tails dangerous, mermaid mythology siren, mermaid mythology abilities, mermaids Irish mythology, mermaids mythology