Type of Paradoxes with example and brief description | Paradoxical 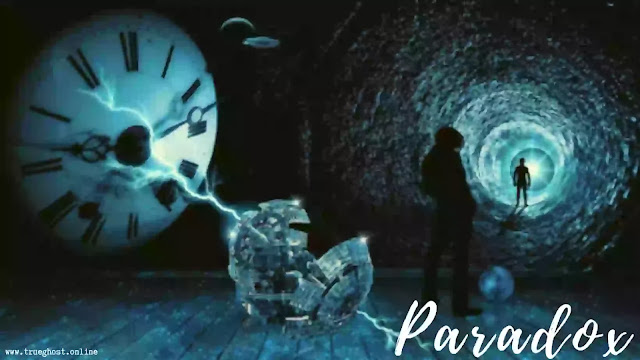 The bootstrap paradox is a favorite in films and books. In a bootstrap paradox, self-existing objects or pieces of information in a causal loop have no origin.
For example, a person travels back in time to give themselves an object to perform some act, which they retain until that moment in the future when they travel back in time to give it to themselves again. The object is in a loop, and thus has no origin.
Somewhere in time: I first saw this play out in film when I was a kid and fell in love with the movie "somewhere in time" starring Christopher Reeve and Jane Seymour.
Reeve's character, Richard, receives a pocket watch from an old woman named Elise. When he travels back in time, Richard hands the pocket watch to a young Elise before he disappears. And Elise hangs onto it until she becomes the old woman and gives it to Richard. Thus, the watch has no place of origin.
The time travel Netflix series, "Dark", my favorite series as of this recording, is loaded with bootstrap paradoxes.
The book, "a journey through time", by h.g. Tannhaus is handled by multiple characters throughout the series and eventually ends up in the author's hands, at which point, he actually writes the book for the first time.

However, he couldn't have written the book, to begin with without having seen the book first. Similarly, in that series, Michael's letter that he writes before he hangs himself is given to him by his time-traveling son Jonas before he even writes it.
Jonas keeps the letter for himself, which he gives to another version of himself later, but Michael wouldn't have known what to write in the letter if Jonas hadn't shown him, to begin with. Again, the information in the letter has no place of origin.
Harry Potter and the prisoner of Azkaban: The bootstrap paradox also plays out in "harry potter and the prisoner of Azkaban" when harry is being attacked by the dementors and a Patronus saves him. At first, he believes this is his father's doing, but when he and Hermione jump back in time and witness the event, harry generates the Patronus to save his other self, saying that he realized he could perform the spell because he had already done it when he had been saved. Again, this is another causal loop with no origin.

The grandfather paradox name comes from the name's common description. A person travels back in time and kills his or her own grandfather before the conception of his or her mother or father, thus preventing the existence of the time traveler, to begin with.
The most obvious description of this is Marty McFly's interference with his parents' past in "Back to the future". Although he doesn't kill his parents, he nearly prevents them from getting together and begins erasing his own existence from time.
Marty's brother and sister begin disappearing from a photo he carries, and he almost disappears himself before his parents finally have their big kiss.
Even if that kiss didn't happen, and Marty did get erased from time, Marty's existence before his erasure, even though he would have never been born, still would have had a profound effect on his parents' lives. That's a paradox.
Predestination: The most mind-bending grandfather paradox in pop culture has to be that of the film "Predestination", based on the short story "All you zombies" by Robert a. Heinlein. I encourage you to watch this movie, so if you don't want a massive, massive spoiler, please go ahead and skip ahead about a minute.

This story involves an intersex time-traveling agent who begins life as a baby girl, jane, and through the course of events, has a sex change operation when the birth of her own daughter results in massive complications.
This baby is kidnapped from the hospital and whisked away to the past, and jane becomes john. At a bar one night, john meets an agent masquerading as a bartender, who offers the invitation to become an agent and defeat the dastardly fizzle bomber terrorist, but only after completion of an initial mission into the past.
During this mission, john meets college-aged jane, and they fall in love, conceiving baby jane. By the time the story is finished being told, you've come to realize that jane, john, the bartender time agent, and the fizzle bomber are all different versions of the same person at different points in time all interacting with each other and affecting each other's lives.
Some refer to these types of events as a predestination paradox, and some can also contend that jane and john are their own bootstrap paradox, their own physical body having no actual origin.
Some look at the concept of the grandfather paradox and believe that these alterations of the past actually generate parallel universes.
The idea here is that when the time traveler kills his or her own grandfather, the time traveler's actually killing a parallel universe version of the grandfather, and the time traveler's universe of origin is actually unaltered.
Looper:  This may be what we see in the film "Looper" when old joe from the future has traveled back to kill the Rainmaker, who's only a child at the time. When young Joe kills himself to prevent this from happening, he states that he saw a world in which an angry child grows up to become someone destructive. But that world is destroyed when young joe kills himself and old joe disappears. 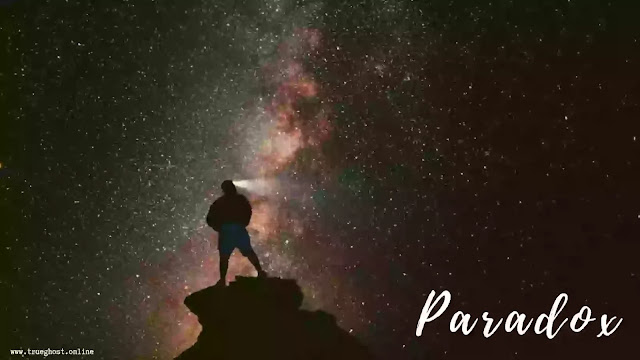 Catch-22: A catch-22 is a situation in which someone in need of something can only have it by not needing it. This concept is based on the 1961 novel "catch-22" by joseph heller, in which a soldier who wants to be declared insane to avoid combat is deemed not insane for that very reason and will therefore not be declared insane.

We use this term in our everyday lives because we actually see this sort of thing play out, usually when we're dealing with some sort of authority like health insurance, or the bank, or the telephone company, et cetera. They want us to jump through some sort of hoop that we can't because of some prerequisite that requires that we've already jumped through that hoop.
The character Brantley foster complains about this sort of problem in "The secret of my success" while he's job hunting, and no one will hire him because he doesn't have experience.
He remarks, "how can I get any experience until I get a job that gives me that experience?"
Harry Potter and the sorcerer's stone: J.k. Rowling finds a way to skirt around this paradox in "harry potter and the sorcerer's stone" when professor Quirrell is trying to get the stone out of the mirror of Erised, desire spelled backward.
He desires the stone, and the mirror shows him holding it, but the mirror won't release it because of a prerequisite Quirrell can't achieve. It releases the stone for harry, however, because although harry wants the stone, he doesn't actually want to use it.
It's not precisely a catch-22, but it's pretty darned close.

Extraterrestrial life: The fermi paradox is the apparent contradiction in the perceived lack of evidence of extraterrestrial life and the high estimates that extraterrestrial life throughout the universe actually exists.
I say perceived lack of evidence since there are many throughout the ufo community that has made a case for et visitations here on earth. But for this paradox, we'll go ahead with that mainstream idea that we haven't yet discovered extraterrestrials.
The high probability comes from the fact that there are billions of stars with their own solar systems in our galaxy, and there are billions of galaxies in the known universe.
With all those nearly infinite possibilities, there should be something out there, right? I look at it, not that there's a lack of evidence, but some are ignoring the evidence right in front of their eyes. It's a matter of perspective. We are, to the rest of the universe, extraterrestrial life. Score one for the milky way galaxy.
So if you can say that for a galaxy of 250 billion to 500 million stars there may be one planet with terrestrial life, in a universe with one billion trillion stars that we know of there may be billions of planets with terrestrial life.
So I don't really think it's that much of a paradox. It's just perspective.

Speaking of perspective, here's a couple of optical illusion paradoxes for you.
The Penrose stairs: The Penrose stairs are a favorite, the impossible staircase that goes round and round, never going up and never going down, although those illustrated walking on it clearly appear to be going up or down.
This paradox was used in the Christopher Nolan film "Inception" as a method to keep the designed mazes smaller in size but larger in scope, and a cool way to beat a bad guy.
The impossible trident or blivet has many names including the devil's tuning fork, but it's an impossible object with three cylindrical prongs at one end which then mysteriously fade away and transform into two rectangles at the other end.
A satirical article in the worm runner's digest in 1968 by roger Hayward, titled "blivets: research and development" included several other variations and interesting drawings of this optical illusion, including the undecidable monument. These are just a handful of paradoxes, and there are hundreds more, including Schrodinger's cat, the tea leaf paradox, the ship of Theseus, and on and on.
***
# paradox, paradox meaning, paradoxical, paradox examples, paradoxically, paradoxes, paradox synonym, paradox interactive, paradox definition, paradox psychosis, the paradox of choice, paradox movie, paradox