Our homes are where we feel most at ease, where we sleep, eat, and live our lives. So an infestation or invasion of that space makes a person feel ... 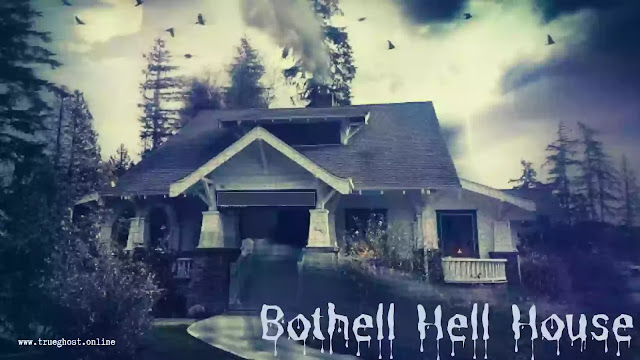 Our homes are where we feel most at ease, where we sleep, eat, and live our lives. So an infestation or invasion of that space makes a person feel pretty vulnerable. Beyond the usual culprits of vermin and robbers, what happens when your home is infested by a spiritual force?

Enter Keith Linder, a normal man who finds his home invaded by a supernatural entity that threatens to turn his home sweet home into a living hell. Today we'll dig deep into the case of Keith Linder and the supposed Bothell hell house. Now let's go-to when this haunting all began.

A Dream Home From Hell

In 2011, IT specialist Keith Linder moved into a suburban house in Bothell, Washington, along with his girlfriend, Tina. It was a quiet home in an idyllic neighborhood. The fact that the house was newly built in 2005 made what happened next seem unlikely. For the first few months, things seemed completely normal. As the saying goes, big things have small beginnings.

The first paranormal phenomenon Keith and Tina reported was the sound of a coughing child. Now and again, they claimed to hear a hacking coughing noise without any sort of discernible origin echo throughout their home. What started as a harmless but strange noise soon escalated into far more violent hauntings.

One particular incident that Keith Linda reported in interviews is as follows. He and Tina were watching a movie when he noticed something amiss. A potted plant near the television was floating off the ground and spinning on its own. According to Keith, quote,

It rose up about six inches and did a 360-degree turn and fell over just out of the blue. Prior to that, there had been sounds, subtle bangs, and waking up to find cabinet doors open. After that, there was no denying our house was haunted. Something was here.

Other objects like plates were found moving on their own and even smashed at random intervals. The couple was terrified and began to believe a supernatural force was indeed the cause. 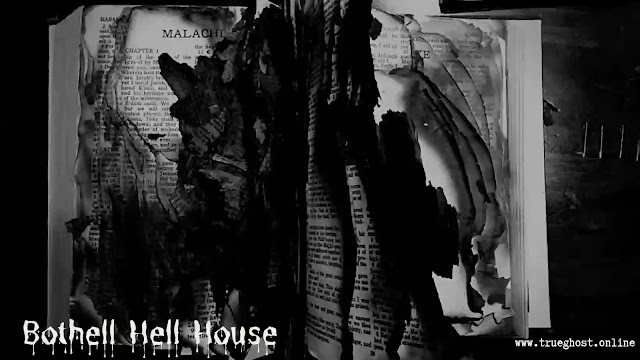 Some of the most distressing incidents in the Bothell hell house involved religious objects and iconography. Keith Linder highlighted how throughout his experience with the haunting, the worst involved three of the bibles in his collection.

They suddenly disappeared from the shelf sometime in 2013. And later in 2014, he woke to find those same holy books back at his house but on fire.

The first bible was missing for over a year and came back to us on fire. It wasn't the fire that woke us up. The door was closed. The fire alarm woke us up. And when we opened the door, there was the bible burning. That's nuts,

said Keith. A wooden cross had been jammed into the pages of the bible to burn along with the book. At this point, the actions of the poltergeist had gone from annoying to scary to outright life-threatening. Were it not for the smoke alarm, the Bothell hell house could very well have burned down with Keith Linder and Tina inside.

Other instances have included bibles being thrown from their shelves or pages ripped out and scattered across rooms and hallways. Two of the burned bibles have since gone missing.

Ghosts and spirits that have been deemed poltergeists seem compelled to move or throw objects around. That certainly was common in the haunting in the Bothell home. But in this case, it was about more than just throwing or moving things. The ghost had Keith Linder as a target. On several occasions, Keith noted that sharp objects like knives and scissors would catapult themselves across the room, embedding themselves into walls.

He said one of the scariest times was when a large butcher's knife levitated down a hallway and struck the door to his office. Everything from beer bottles to glasses to vases and more would either be smashed on their own or found destroyed later. Keith even reported that some items were sucked into the very walls of the house, absorbed by some otherworldly force.

The doorway to Keith's bedroom would open and close at random intervals, often waking him up late at night or early in the morning to deprive him of much-needed sleep. Keeping Keith awake and interrupting his life seemed to be a primary goal of the spirit. And that's a common MO with a poltergeist haunting, which is possibly trying to drive the resident mad.

His television would also spring to life on its own, turning itself on and off with high or low volume even while unplugged.

An Unwanted Host of Ghosts

Keith spotted several spectral beings throughout his stay in the Bothell house. Most notably he said was the spirit of a seemingly elderly woman who he first encountered in the summer of 2012. Keith described her vividly. Quote,

The thing I remember most about that whole experience is her face, the gray lady's face. She had a look of mischief. But she also had a look of being tired, confused, and scared. I truly believe when she turned off my light switch, I heard the switch go off. And it made a sound. And that sound reached my ears.

Keith came into contact with this particular spirit on three different occasions while at the Bothell house.

Aside from what he called the gray woman, there were numerous encounters with the ghost of a baby or small child. Keith and Tina had perhaps heard its ghostly hacking and voice throughout the home.

Psychic medium Karissa Fleck and Niki Paraunnormal with liveparanormal.com noted that there were numerous spirits of the deceased existing in the area, many of whom seemed to be settlers, young, as well as Indigenous in origin.

According to Karissa Fleck, quote,

What I experienced there is mostly of a Native American presence. It was weird because that house's almost like a portal where spirits can come home.

After a few years of these haunted actions, Keith Linder eventually decided to get help. He sent his story and what evidence he had been able to gather to several ghost hunting TV shows. The first group to take the case was Ghost Adventurers, who were drawn in particular to the 666 symbol and Indigenous language graffiti found in Keith's office.

However, after an extensive investigation and recording which made it to air in the 2015 episode of Demons in Seattle, nothing conclusive was found by the team. Keith was undaunted and continued to seek answers to what was going on in his house.

In an interview after the Ghost Adventures episode, he dismissed the lack of proof the crew was able to document, saying,

They're not here to prove or disprove anything.

Instead of television investigators, this time Keith decided to opt for independent paranormal researchers and experts.

A Possible Explanation For the Haunt

Keith managed to recruit an entirely new team, all of them from the scientific establishment of parapsychology to examine his home and perhaps find evidence or even the source of the haunting. The team did a deep investigation of the history of the land Keith's house was built on and made an astounding discovery. The plot was the site of an early Irish settlement. According to the team, quote,

We came here. We listened to Keith's story. We talked to a priest. That priest told us something quite phenomenal, that there was evidence or he believed that Keith's home was built on settlements of people who had passed away and who could still be here.

This discovery added credence to the theory that people dying on the land created the ghosts that lingered there or had even attracted demonic entities far longer than Keith's house had existed.

It's an eerily similar situation to the horror movie poltergeist where a family is haunted in a modern suburban home built upon a displaced burial ground. Tragedy and death in the past can create horror that haunts the present day.

Ghostly Sounds in the Electronics

The team from the scientific establishment of parapsychology attempted to verify Keith's claims by capturing evidence of electronic voice phenomena or EVP, which can measure digital recordings of supernatural and unexplainable noises and even voices that are far beyond the range of the human ear.

The crew set up dozens of recorders and cameras and altogether recorded around 427 different EVP tapes, a majority of which have not been publicly released.

The Exorcism of Bothell Hell House

The haunting and the terror it created eventually became so severe that Keith Linder decided to go to a higher power to combat the supernatural menace, namely an exorcism. Keith solicited a priest to come to the home and perform the ritual that would hopefully drive the spirits away.

However, the priest delivered a grave warning beforehand. He said these things rarely work the first go-round. And indeed, his services were required a few more times. The priest performed at least two more exorcisms upon the house to no avail.

At this point, Keith Linder became convinced that the supernatural force haunting him was not a collection of spirits from a long-dead settlement, that it instead was the work of a poltergeist, which can be far more difficult to deal with.

Home Is Where The Horror Is

Eventually, the haunting became too much for Keith Linder to handle. And despite the financial consequences, he decided to move out of the Bothell house once and for all.

In 2016, he packed his things and moved out as quickly as he could find a new tenant for the house. He warned prospective occupants that the home was haunted but was able to find a replacement within only six weeks. Unfortunately for him, though, this was not the end of Keith Linder's haunted horrors.

Spending years in a haunted house had a psychological effect on Keith. He was mentally damaged from supernatural attacks and had become paranoid that spirits could strike him at any moment.

Despite finding an entirely new house and home to live in, Keith says he still experiences supernatural phenomena, insisting that bad things still regularly happen to and around him at his new location. That puts forward the disturbing theory that either he himself is the one being haunted or that he somehow angered the poltergeist and/or spirits so much that they decided to follow him, attaching their ghostly energy to Keith no matter where he goes.

Since there may be no escape for Keith, he's dutifully kept a log of his hauntings at the Bothell hell house and beyond since 2011 on YouTube and keeps his channel updated with any recent bizarre incidents he experiences.

The questions remain. Did Keith Linder experience a supernatural haunting that follows him to this day? Or are there reasons to doubt his version of events, that there might be more grounded, logical explanations for his stories?

Whatever the case may be, tales of cursed homes and haunted individuals like Keith thrive on the web and infest our very imaginations like an unwanted houseguest.

Let us know what you think in the comments below if you dare.