The inclination to explore is deeply rooted in human instinct. Like our ancestors who left their homelands to explore places beyond the sea, our ... 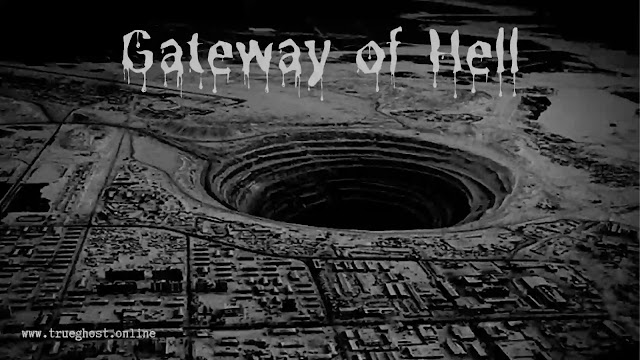 The inclination to explore is deeply rooted in human instinct. Like our ancestors who left their homelands to explore places beyond the sea, our species has since traveled under the ocean, into the sky, and even to the very stars above.
But what if that exploration takes us too far? Adventurers of the past feared sailing off the edge of the world. What if these primordial fears exist for a reason, springing from a long-forgotten trauma? What if these fears serve as a warning of the consequences of going too far, in this particular instance, drilling so deep into the surface of our planet that it opens a doorway to an unspeakable evil?
Today we'll be discussing the details and the stories of otherworldly incidents surrounding the dark legacy of the Russian "Well to Hell." Now let's dig deep into this mysterious abyss.

In the 1980s, the so-called Cold War was at a boiling point with tensions simmering between the Soviet Union and the United States, and as these tensions heightened, so did each superpower's need for massive amounts of energy. Both nations needed near-infinite energy supplies to sustain themselves and their societies. This kicked off a competition for oil reserves and fuel sources.
Soviet Russia, in its search for ever greater power, decided to tap into unused lands, hoping to find more natural deposits of oil that they could bring to the surface. The Soviets went to extreme lengths to dig as deep as possible for new reservoirs of crude oil.
In 1989, a Siberian mining team supposedly managed to drill 14.5 kilometers or nine miles beneath the Earth's surface, piercing our planet's crust and breaching some kind of cavity. To investigate further, Soviet scientists lowered testing equipment into the abyss. Their equipment reportedly discovered that the temperature inside the cavity was an astonishing 1,100 degrees centigrade or about 2,000 degrees Fahrenheit.
The scientists called it an inferno of fire, but what they were able to record with their instrument's microphone attachment was an even greater shock. The microphone was only able to survive the tremendous heat for about 25 seconds before melting, but in that time, it managed to capture something that baffled and disturbed the scientists-- the sound of screaming.

The scientists and engineers on location reported what sounded like hundreds, maybe thousands of people yelling in agony. It seemed impossible, but those who heard the terrible screams believed that they had drilled all the way to the subterranean underworld of hell itself.
Many of the staff quit right on the spot, so shaken by the thought that they had heard the wailing of suffering sinners and their demonic tormentors. Those who remained attempted to come up with a scientific explanation for what they had recorded, but they were not prepared to explain what happened next.
The following night, as the story goes, a massive plume of fire and smoke exited the borehole. When it surfaced, workers claimed it took the form of a bat or a demon before them and etched into the sky the words, "I have conquered."
Medical personnel was dispatched to the site following the word of the incident, treating the shell-shocked staff with sedatives, painkillers, and other medication that is said to have erased their short-term memory of that horrific night.

The Word of Evil Spreads 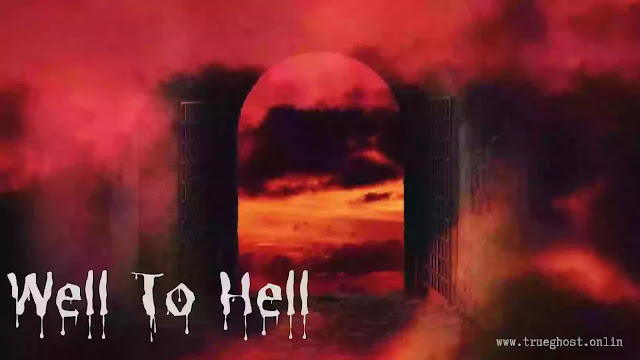 Despite the alleged cover-up, stories of what happened at the drilling site spread, first through word of mouth to nearby areas like surrounding villages and towns, but soon, the events that took place at the drill site were broadcast far and wide via true believers.
The story was first widely publicized through the Trinity Broadcasting Network, a Southern California Christian media group. In late 1989, the story ran with the headline, "Scientists Discover Hell," in Trinity newspaper and TV broadcasts. Other Christian-aligned news outlets picked up the story, lending it credence and giving it a foothold on burgeoning internet websites. Their sources were allegedly routed in a Finnish newspaper and a Texan minister named RW Schambach, who claimed to have been sent evidence of the Soviet breach into the underworld.
The specific incident of the demon emerging from the borehole came from a translated Norwegian newspaper sent to the Trinity Broadcasting Network. The story gained momentum online, mostly from Christian sites in general, weird stories to be spread around.

Too Many Holes in The Story

Despite all this supposed evidence, there were several discrepancies and a lack of concrete sources that prevented anything from being definitively proven. Not long after the story was first officially broken by the Trinity Broadcasting Network, the story was debunked by other Christian publications. Christianity Today and Biblical Archaeology Review both discredited the "Well to Hell" story based on the lack of verifiable origins, evidence, and witnesses.
There is also no evidence of the Soviet Union ever drilling for oil to such an extent in Siberia. The closest verifiable match to the story came from the Kola Peninsula in northwestern Russia, the site where the Kola Superdeep Borehole was dug. This particular borehole is about the same drill depth as the alleged Siberian site but never had any incident of supernatural origin. And in an August 1989 edition of Science Magazine, there was an article titled "European Deep Drilling Leaves Americans Behind" that described Soviet Union borehole attempts. This could be the origin of the "Well to Hell" story with the fantastical twist of discovering an underground portal to hell itself.
There's also the matter of the recording of the screams of tormented souls and their demon overseers. If the temperatures claimed in the story were remotely accurate, there would be no way of documenting it like that. No recording equipment at that time could have possibly withstood those absurd temperatures, even for several seconds. On top of that, the actual recording of the alleged screaming wasn't found until years later.

From The Depths to The Radio Waves

For a while, the lack of concrete evidence relegated the "Well to Hell" story to rumor and the occasional appearance in tabloid magazines. But in 2002, Coast to Coast AM, a conspiracy-themed radio talk show hosted by Art Bell, gave the story new life when a caller claimed to have found and saved the actual audio recording from the Siberian borehole. He emailed it to the show with this message explaining how he had acquired it. Quote,

I just recently began listening to your radio show and could not believe it when you talked about the sounds from hell tonight. My uncle had told me this story a couple of years ago, and I didn't believe him. Like one of your listeners who discounted the story as nothing more than just a religious newspaper's fabricated account, the story about the digging, the hearing of the sounds from hell, is very real. It did occur in Siberia. My uncle collected videos on the paranormal and supernatural. He passed away fairly recently. He let me listen to one of the audiotapes that he had on the sounds from hell in Siberia, and I copied it. He received his copy from a friend who worked at the BBC. Attached is that sound from my uncle's tapes

After Art Bell played the found recording on his show, the "Well to Hell" story spread like wildfire across the internet all over again. Like so many urban legends, all it took was a retelling to find an entirely new generation of listeners to give it life. This evidence, like so many pieces of the tale, was put into doubt, though. Skeptics didn't think the recording Bell had played could be authentic. Some sleuths researching the audio believed that the screaming and tormented cries might have been lifted from the 1972 Italian horror movie Baron Blood, directed by Mario Bava, a gothic horror film with satanic themes, fittingly enough.
A few YouTube videos compare the found audio to the movie to give the theory some more credence.

The story had a particular life cycle in the satirical tabloid magazine, the Weekly World News. This news network is known for particularly bizarre and comical stories such as Bigfoot, UFO abductions, and their pseudo mascot, Bat Boy.
A few years after the original "Well to Hell" story broke on TBN, the Weekly World News ran an updated version of the story on April 7, 1992. This version moves things closer to home and ups the excitement.
The story claims that it was an Alaskan drill site that dug too deep, and the ensuing opening to hell killed 13 workers in an explosion of fire, brimstone, and demons. An updated version of the story was used in an October 2, 2008, story for timely effect. It told of a similar incident in Alaska and employed bogus quotes by then Alaska Governor Sarah Palin and vice presidential candidate Joe Biden to add a satirical political element.
Aside from the Weekly World News, the story has continued to live online through word of mouth and memes.

Though the miraculous "Well to Hell" might be a hoax, the actual borehole drill site in the Kola Peninsula did manage to make all manner of scientific discoveries. Drillers managed to drill 7.5 miles deep into the earth, and to this day, it's the deepest man-made hole on the planet.
The scientific team also discovered numerous fossils dating back billions of years that somehow managed to be well preserved despite existing in temperatures up to 356 degrees Fahrenheit.
The team also discovered water at the seven-mile mark, and in the process, numerous advances in drilling technology were discovered. While it's most likely that the "Well to Hell" story is just a story, it's certainly an entertaining one. Its longevity is a testament to how urban legends can take root, persist, evolve, and stick with us over the course of decades. Who knows when another similar headline will hit the news or social media and breathe new life into the story of Russia's "Well to Hell"?

So what do you think? Did the quest for oil lead the Soviets to drill a well to the gates of hell? Let us know in the comments below if you have the courage.