Top 10 Most Anticipated Horror Movies Of 2021

The film stars a murderer's row of actors. Anya taylor-joy, matt smith, terence stamp, and diana rigg-- rest in peace. The film also features ..
The pandemic has affected life in ways large and small. We also had to deal with the problem that all the horror movies we were all looking forward to getting pushed back. Today, the top 10 most anticipated horror movies were delayed until 2021. 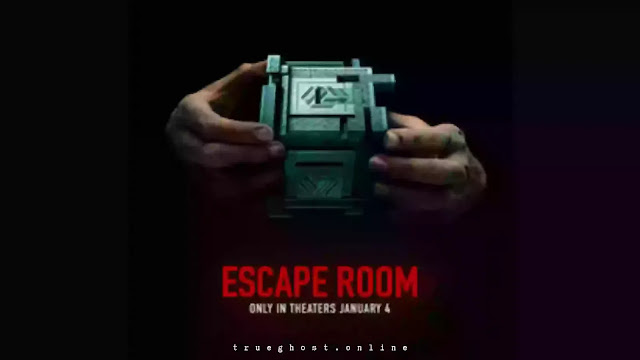 2019's escape room grossed $155 million off a budget of only $9 million. It was always only a matter of time until we were going to get a sequel.
The original film chronicled the journey of a group of friends who find themselves in a mysterious and life-threatening situation in an escape room. It's pretty much what you think it is, but the audience responded to it. And the film's high kill count and inventive deaths pushed it over the top into sequel territory.
The second film will start with Taylor Russell, the breakout of the first film, and logan miller. This second installment is adding orphans Isabelle Fuhrman and holland Roden, who's most notably known for her stint on the teen wolf.
The next escape room will no doubt feature exciting deaths, thrilling scares, and loads of horrifying escape room action. 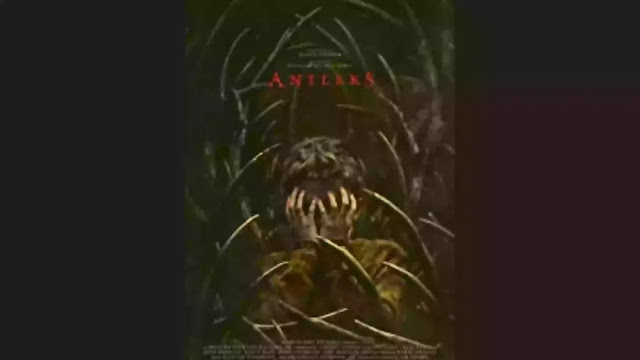 Antlers, the new horror movie starring Keri Russell, follows a teacher and her police officer brother, played by Jesse Plemons. As they attempt to uncover what exactly is happening with one of her students she's acting highly suspicious. Turns out, this kid may or may not be keeping a monster in his house.
The film is produced by horror maestro Guillermo del toro. And is based on the short story the quiet boy. The film is directed by Scott Cooper, who previously directed out of the furnace black mass, and hostiles. If the buzz around this is to be believed, you won't sleep for weeks after. 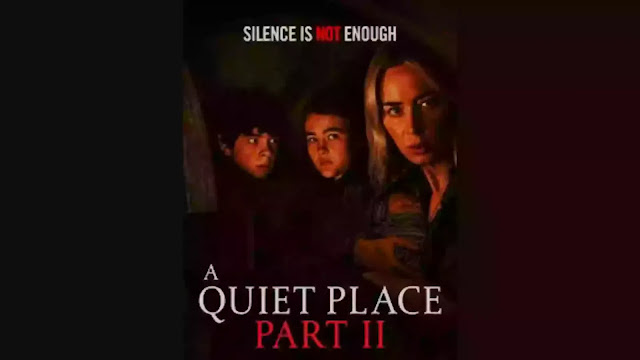 The quiet place part 2 has been on everyone's most anticipated list for quite some time. With the first movie making serious waves in both the horror space and the mainstream media ecosystem. This sequel is definitely something people have been clamoring for.
The film will be, once again, written and directed by John Krasinski. It will follow Emily blunt, Millicent Simmons, and Noah jupe as the Abbott family living and attempting to survive in the world infested with monsters that only hunt using sound.
The original quiet place was produced off a budget of $17 million. It netted almost universally positive reviews and $340 million worldwide. There are high hopes for the box office potential of the new installment, but with coronavirus wreaking havoc on everything, financial concerns have definitely been expressed.
For this outing, the stakes will be raised by the simple fact that the characters are going to be running up against more than just the terrifying creatures. They're going to be meeting more human characters. Cillian Murphy and Djimon Hounsou are both going to appear in the film. 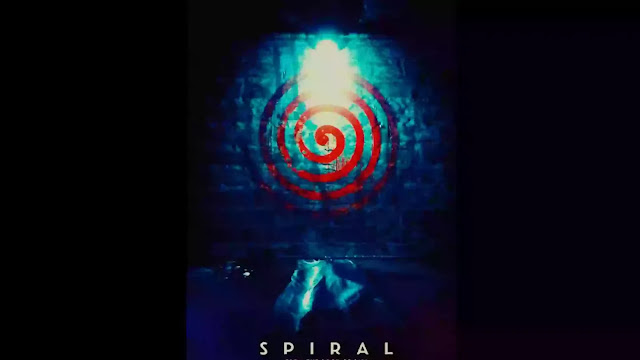 Saul was a force to be reckoned with in the early 2000s. With seven films in the franchise's initial run, the series has threatened to rear its head a few times.
However, never quite managed to make a comeback to its former glory. Well, in this new film spiral, which stars Chris Rock, Sam Jackson, and Max Minghella, the world of the jigsaw is back, with a vengeance.
The new film centers on a few police officers who find themselves investigating a series of crimes where the only clues are a strange spiral design. And the fact that all the victims are police officers.
This is a course correction for the franchise after the 2017 attempted reboot titled jigsaw disappointed fans and the studio.

6. The Conjuring- The Devil Made Me Do It 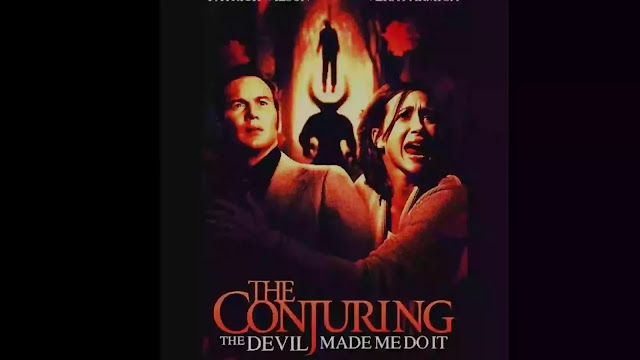 The conjuring films based on the real-life exploits of Ed and Lorraine Warren have garnered over $1.4 billion at the box office.
Their supernatural suspense films show the bond between a husband and wife ghost hunting duo. James wan, of the saw franchise and Aquaman fame, directed the first film in the hit series way back in 2013. The films also spawned the Annabell series, the nun, and the curse of la Llorona.
All these films are connected through an intertwining web of characters and events. If you weren't familiar, the conjuring cinematic universe is second only to the marvel and dc cinematic universes.
This year, Patrick Wilson and Vera Farmiga will reprise their roles and star in the conjuring- the devil made me do it. The film is based on a real-life event where a man committed a grisly murder and then claimed that he was possessed by the devil and was not responsible for his actions. This was the first time that a defendant used demonic possession as a defense against criminal charges. 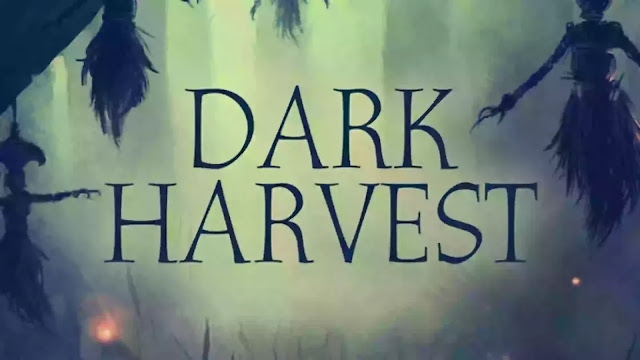 David Slade is a director who seemed to lose his way for a bit he directed hard candy and 30 days of night. And really set himself for a stellar horror directing career. And then got lost in the world of tv directing for a while.
However, it looks like he's going to be making a stellar comeback to his horror roots.
Dark harvest, based on the book of the same name, will be directed by Slade and produced by matt stomach and David man pearl. The story is set on Halloween night in 1963. It follows a group of boys who must do battle with the October boy. A mysterious legendary boogie man rises from the cornfields and stalks the neighboring townsfolk. 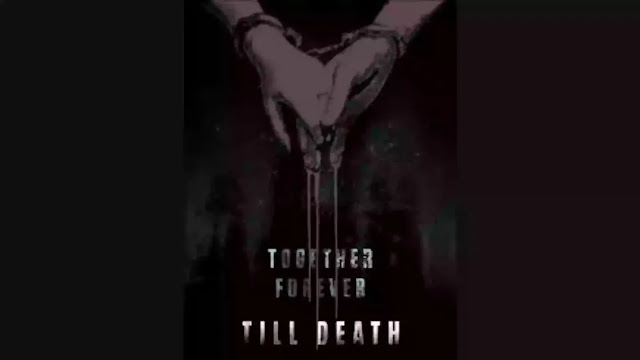 Megan fox made a splash with Jennifer's body but hasn't returned to the horror genre since. Well, with till death, she's about to change that. The buzz surrounding the film is saying that not only is it a prestige return to form for the transformers and teenage mutant ninja turtles star, but that the film is truly terrifying.
The film is about a woman who becomes handcuffed to her deceased husband. And has to figure out a way to survive the night and escape from demented killers. This lean premise promises to deliver horrifying scares. And consistently forces the audience to ponder,

what would i do if i were in this situation?

The dark and moody cinematography looks as though it's going to imbue the brilliantly simple setup with even more gravitas and narrative potential. The movie is written by Jason Carvey and directed by Scott dale. To make things even more interesting, the film was produced entirely in Bulgaria. So expect a fairly high production value for this debut horror feature film. 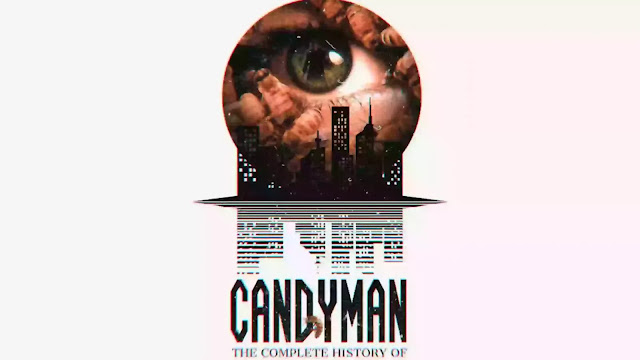 Candyman is clive barker's most underrated creation. The film, like the first, takes place in Cabrini-green housing projects. It follows an artist named Anthony-- Yahya Abdul-Mateen-- and a gallery director girlfriend-- teyonah pariss.
The film was produced and co-written by Jordan Peele. If early buzz is anything to be believed, it will keep you up for weeks after seeing it. That's not the timeline we exist in. The one we exist in is the timeline where we are about to get a brand spanking new candyman film, though.
This clubhouse release was one of the most anticipated films on the 2020 release schedule. But as is the fashion with all the entries on this list, it got bumped. Well, at some point this year, it's going to be released. No official word yet on when it will happen. Directed by Nia DaCosta and featuring a surprise cameo or two-- that we won't spoil, just in case you haven't stumbled upon them on the internet. 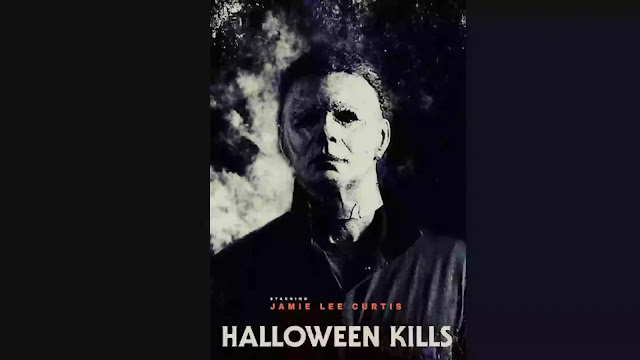 Michael Meyers just can't be killed. You should know this by now. With his 2008 return, Michael Meyers was for sure not going to stay dead. That was just never going to happen. Well, when it came time to talk sequels, David Gordon Green and the company decided not to shoot one, but two sequels back to back.
However, the pandemic made it so both of those equals were shelved until things calmed down a bit. Well, now it seems like we're going to be getting the first of the two sequels, finally. Titled Halloween kills, the film sees green returning to co-write and direct. And all the primary cast reprise their roles.
The final chapter in the franchise, Halloween ends, has not completed principal photography at this time. The anticipation for both of these films is sky-high. 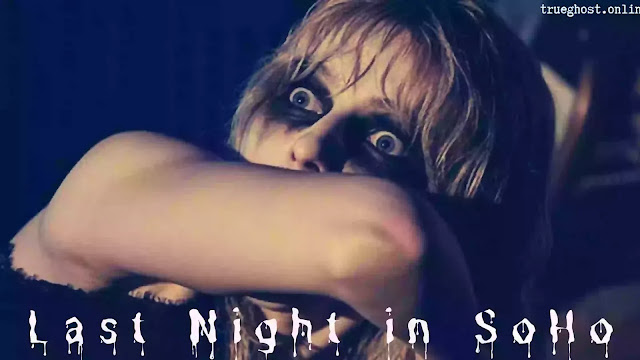 Edgar Wright is one of the most respected filmmakers currently producing work. His films hot fuzz, Shaun of the dead, and baby driver are modern classics.
Titled last night in SoHo, the movie is his first true horror film. Not a horror satire or comedy. This time manipulation thriller goes from the 1960s until today. Its actual plot has been kept under lock and key to protect the film and its many surprises.
The film stars a murderer's row of actors. Anya Taylor-joy, matt smith, Terence stamp, and Diana Rigg-- rest in peace. The film also features Thomasin McKenzie from Jojo rabbit in a notable role.
We've all been waiting with bated breath to see what wright will do next after the smash success that was the baby driver. And now we have our answer. A time travel horror movie set in SoHo.

So, what movie are you most looking forward to?