The man who would come to be known as Anton Szandor LaVey, the author of the satanic bible and founder of the church of satan, was born on April 11.. 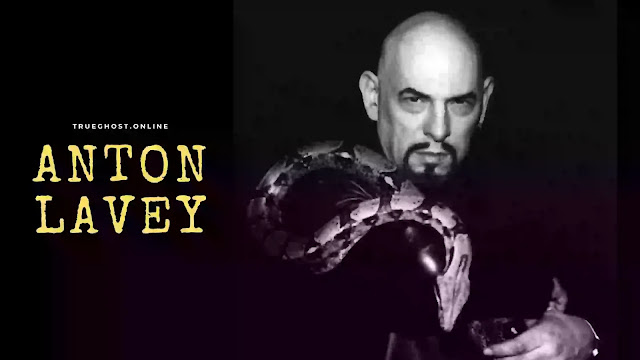 The 1960s in America was a time of massive cultural and generational change. The war in Vietnam was raging. Young Americans were dying in the jungles of southeast Asia for a cause they didn't believe in. Young people, born in the wake of world war ii, began to distrust the government and their leaders. There were turmoil and unrest over civil rights with black Americans demanding equal rights under the law. And it was all happening on television.
People began to question what it meant to be an American, what it meant to be religious, what it meant to be normal. There was drug use and free love, a revolution in the air, and a general feeling that America's morals had gone to hell in a handbasket. These societal forces may be what influenced a thin man with a shaved head and a keen interest in the occult.
Today, we're going to peel back the layers that shroud the satanic life of Anton Lavey.

The man who would come to be known as Anton Szandor LaVey, the author of the satanic bible and founder of the church of satan, was born on April 11, 1930, in Chicago, Illinois with an unassuming name, Howard Stanton LaVey. His father was a liquor distributor. And his grandfather was a French immigrant who arrived in America around 1886.
While he was still very young, the Lavey family moved from Chicago to San Francisco, California, which would become synonymous with LaVey's decidedly satanic lifestyle. Though perhaps best known for his work as an author and public personality, LaVey was also a musician, public speaker, and cult performance artist.

His early years are shrouded in mystery, which may be why Anton LaVey claimed to have done so many things. Some historians dismiss him as a liar. Some think of him more as a performance artist.
The line between the man and his flamboyant stage persona has never been clear, the reality obscured by shades of gray, which may be exactly how Anton LaVey wanted it. Attempting to separate fact from fiction could be the most interesting aspect of the life of the man ominously referred to as the black pope.
In his early years, he was obsessed with music and even worked as an organist for a time in a circus. He later transitioned into being a sign painter and cage attendant in big cat performances, or so he claimed.
The circuses he toured with would put on performances during the day. And then later in the evening, the circus owners would rent out their tents to Christian preachers who would put on shows and spread the gospel. Lavey claimed that he witnessed the duality of humanity during this time. He would see men getting drunk at the circus, engaging in debauchery one minute, and then praying and singing to the Lord for forgiveness the next.
In the introduction to the german edition of the satanic bible, he wrote that this was when he began to grow skeptical of Christians and their proclaimed piety.
Soon after he quit working in the circus, he says he started working in bars and playing gigs as an organist at nightclubs. Lavey even claimed to have had an affair with Marilyn Monroe during this time.
Lavey next worked for three years as a crime scene photographer for the San Francisco police department. He writes in his books extensively about the horrors he observed during this time. Through his connections with the SFPD, LaVey says he transitioned into working as a psychic investigator, helping to work on over 200 cases. There are no records that LaVey ever worked for the SFPD. But in the 1960s, employing psychics is something that many police departments did. And it's possible that LaVey worked with them off the record. 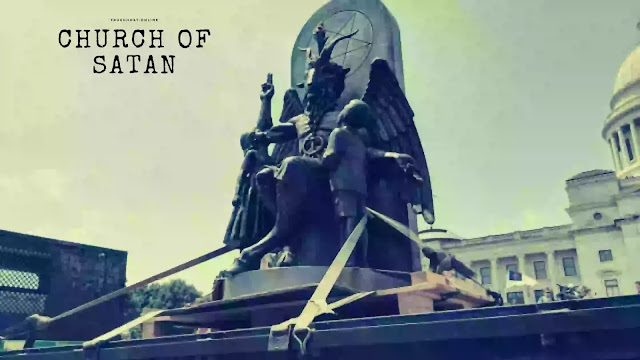 Anton Lavey became obsessed with the occult and devil worship during the 1950s and early 1960s. He began to throw satanic-themed parties at his black house in san Francisco. They were notable for being attended by members of the bay area avant-garde, like Forrest j. Ackerman, the founder of the famous monsters of filmland magazine, and Kenneth anger noted gay culture icon and short film director.
These parties were renowned for having special things transpire after hours. Lavey would hold orgies and perform satanic rituals for the individuals in attendance. These parties developed something of cult infamy around the San Francisco bay area.
Rumors of ritual human sacrifice and demonic childbirth ran through the back alleys of the city's cultural underground, notions that LaVey slyly stoked whenever he was asked about them in public.
Based on the hype and notoriety he was cultivating on the local scene, LaVey decided to start holding a series of lectures on occult subjects. His passion for the subject matter and personal charisma were on display in full force, treating these lectures almost like a church sermon.
He would bring people together and then deliver information and uplifting messages to them for hours. He lectured on the works of Aleister Crowley, the theories behind chaos magic, and the idea that human willpower is the ultimate driving force in the universe. He held these lectures every Friday night at the black house. These began to develop a fairly significant following.
One night after the lecture, LaVey was approached by one of his followers who purportedly suggested that he start a religion. Initially laughing it off, the idea stuck with the LaVey, who couldn't shake the idea. In 1966, LaVey shaved his head to appear like an ancient executioner and declared the founding of the church of satan.
He rechristened the year from 1966 to Anno Satanas, the first year of the age of satan. There is no church in the world that exists without a sacred manuscript. Every following needs an instructional manual. Every congregation needs a roadmap to salvation, which led LaVey to write the book that would define the rest of his life. 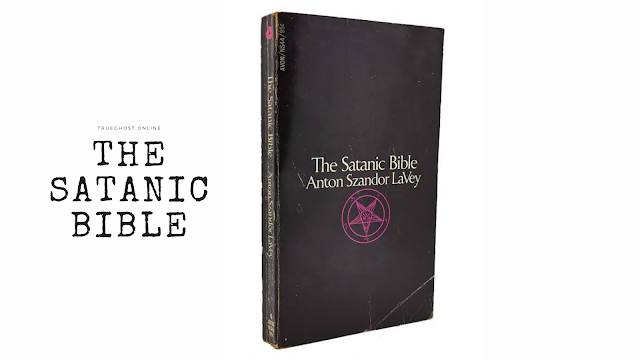 Published in 1969, the satanic bible is a mixture of essays, observations, and ritualistic behaviors compiled by LaVey. Despite being self-published, it has become the foundational text of both the church of satan and Lavey cult of personality in the broader culture.
The satanic bible is comprised of four books-- the book of satan, the book of lucifer, the book Belial and the book of the leviathan.
The book of satan challenged popular Christian belief structures, like the ten commandments and the golden rule, instead offering the ideas surrounding epicureanism as a viable alternative. Some of which would include the rejection of determinism and the acceptance of hedonism.
The book of lucifer held most of the philosophy. It promoted ideas such as indulgences, love, hate, and sex.
The book of Belial detailed the rituals and magic that LaVey had learned from his occult studies.
The book of the leviathan provided the invocations for satan-- lust, compassion, and destruction. Overall, the themes of the satanic bible are a mix of ayn rand philosophy, chaos magic, willpower, and self-manifestation.
Lavey purposely shrouded his ideas in anti-christian iconography, because he felt that the people who believed in the Christian deity would be predisposed to being closed-minded to his views.
He also was something of a sideshow carnival barker. So the controversy and the public outcry was something that only galvanized him further. Unfortunately, this would not always be the case.

Throughout the later parts of the 1960s and into the 1970s, LaVey's infamy grew. He became something of a figurehead for the early satanic panic movement, a widespread moral hysteria perpetuated by suburban families convinced that their children were being groomed for devil worship by heavy metal music and playing games like dungeons and dragons. This holier than thou mindset prompted widespread calls for LaVey's work to be boycotted, banned, and censored. There were constant cries that he was a negative influence on children.
The LA Times and the San Francisco chronicle essentially gave him the nickname that would propel him to superstardom. They christened LaVey the black pope. So as the conservative groundswell surrounded LaVey and people from across the country called for his work to be banned, what did he do? he went back to his roots and started to release records.
In 1968, he released the satanic mass, recorded live at the church of satan. The album was originally released on Murgenstrumm, LaVey's own record publishing arm. One side of the record captures him baptizing his daughter Zeena in a satanic ritual.
The other side features laVey reading to snippets from the satanic bible. It sold moderately well but was not the viral sensation the satanic bible was. Later in life, LaVey would release strange music and satan takes a holiday, which was released in 1994 and '95 respectively.
Over the next few decades, LaVey parlayed this media attention into a somewhat successful business on the speaker circuit. He continued to publish books, run the church of satan, and espouse the importance of willpower and the black arts to all of his followers around the world.
He was featured on many talk shows and late-night shows throughout the '70s, '80s, and '90s. One of his most iconic appearances was on the Joe Pyne show. Despite the rising conservative temperature of the country, which you'd think would have caused LaVey's popularity and fringe appeal to skyrocket, he languished, becoming something of a cult figure and minor celebrity during the '70s and '80s. He had a resurgence in the 1990s as a cult figure, but was in no way as popular or feared as he was during his initial heyday of the late 1960s.
LaVey was someone who simultaneously existed on the outskirts of culture and yet still was tremendously influential within his selected subculture. His influence can be felt to this day from heavy metal rock music's predilection to appropriate satanic imagery to the i-want-it-all-now mentality to a general acceptance of antireligious protest, and the current embrace of lifestyles that at one time were considered depraved. These cultural shifts, these societal trends can all be directly traced to the teachings of Anton Szandor LaVey. 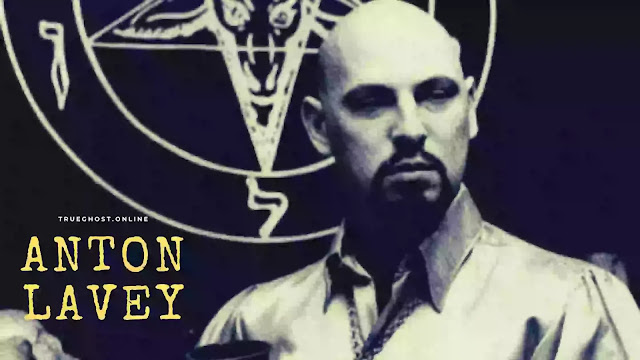 On November 7, 1997, Karla LaVey, Anton's daughter, held a press conference announcing that her father had passed away. Soon after his death, LaVey's former partner, Blanche Barton, produced a handwritten will that she claimed was written by LaVey. It stated that all of his works, intellectual property, and financial assets were to be placed in a trust. This would then be managed exclusively by barton's son, Satan Xerxes Carnacki LaVey.
The other members of the family contested barton's version of the will, and the document was thrown out. A settlement was eventually reached where the assets would be split up between all three of LaVey's surviving children. Mysteries, lies, satanic temples, and ritualistic orgies haunt the legacy of Anton LaVey, which is probably exactly what he would have wanted.
In death, LaVey's infamy has grown tenfold. He's an idea, an alternative, an unforgettable martyr on the altar of freedom of choice, selfish desires, and the primacy of the individual.

So what do you think? was Anton LaVey a mere satanic showman, a contrarian of all things considered holy and pious? or was he the embodiment of the conscientious opposition to the Christian faith and all it stands for? did Anton LaVey influence culture for the better or for the worse?